Recorded (on April 04/2021) for our series broadcasted on Modular-Station
https://modular-station.com

In 1970 Wuorinen became the youngest composer at that time to win the Pulitzer Prize (for the electronic work Time’s Encomium). Arranged and recorded on the Columbia-Princeton Electronic Music Center’s RCA Mark II Sound Synthesizer, an instrument popularized in art music circles by future Pulitzer winner Milton Babbitt. Until the mid-1970s, the Mark II was the only synthesizer capable of polyphony, or the ability to voice multiple notes simultaneously. “Victor” was the nickname for the RCA Mark II Sound Synthesizer, the first (certainly, the most famous) true synthesizer, back in its glory days. After the Mark I was tried out in 1955, the Mark II was developed as a truly composer-friendly instrument. The anecdotes surrounding Victor are indicative of just how important this mammoth electronic instrument was in transforming not only electronic music’s expanses, but composition and sound in general. Milton Babbitt, certainly the most proficient player of the Mark II, created “Philomel » (in MIX 16) one of the most fantastic tape music pieces of all time, on the Mark II. Ussachevsky (MIX 19), Luening (MIX 21), Carlos (MIX 24), Davidovsky (MIX 23), Shields (MIX 22) – so many masterpieces can and do only exist in the recordings made on the sadly no longer functioning Mark II.
Charles Wuorinen wrote more than 275 compositions encompassing every form and medium, including works for orchestra, chamber ensemble, soloists, ballet, and stage. Wuorinen has been described as a “maximalist,” writing music luxuriant with events, lyrical and expressive, strikingly dramatic. His works are characterized by powerful harmonies and elegant craftsmanship, offering at once a link to the music of the past and a vision of a rich musical future. Both as composer and performer (conductor and pianist) Wuorinen has worked with some of the finest performers of the current time and his works reflect the great virtuosity of his collaborators.
His works have been recorded on nearly a dozen labels including several releases on Naxos, Albany Records (Charles Wuorinen Series), and two releases on John Zorn’s Tzadik label.
Wuorinen was a member of the American Academy of Arts and Letters and the American Academy of Arts and Sciences. 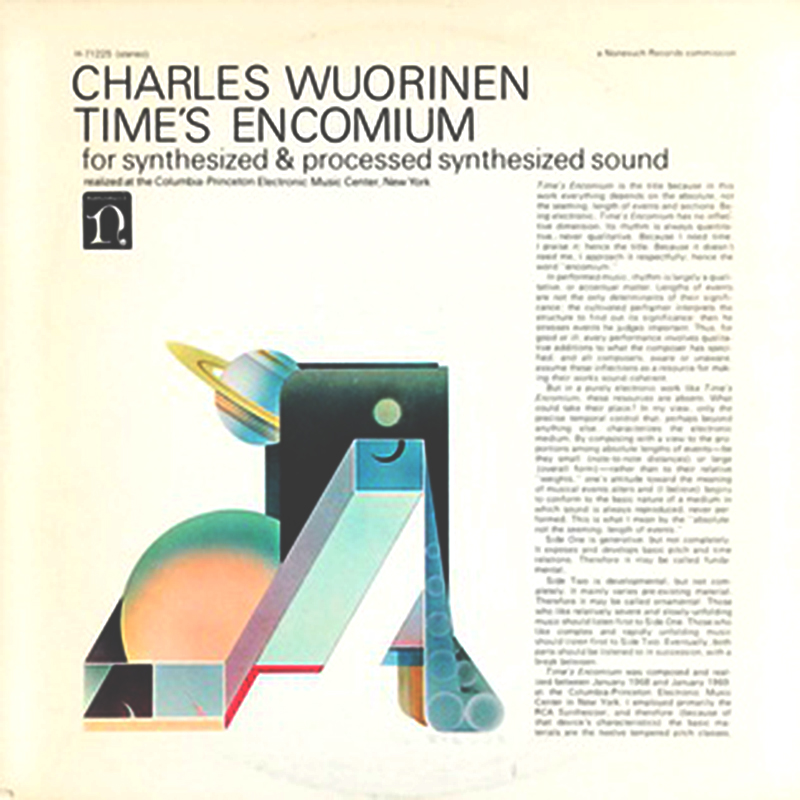 This one wasn’t awarded any prize but it is nonetheless one of my favorite ever, I mean the whole album by the loving couple, its flip by Priscilla McLean being an equal masterpiece. Both were played on the very first EMS Synthi 100 to have landed in America so you know how massive it shall sound, be warned !
Once Barton McLean was a student of Henry Cowell whom, after graduating taught music theory and double bass at SUNY (1960–66), while performing on double bass in jazz groups and the Hudson Valley Philharmonic Orchestra. From 1969–76 he taught music composition and theory at Indiana University South Bend. From 1969–76 he directed the Electronic Music Center at the University of Texas at Austin.
In 1967 he married fellow composer Priscilla Taylor, and by 1974 they began professional touring as The McLean Mix, presenting their electro-acoustic music, which became a full-time occupation by 1983. The McLean Mix performed from 1974 to 2013, presenting their separate works and collaborations across the USA and internationally; in these concerts he played the piano or synthesizer, plus woodwinds, amplified bicycle wheel, invented instruments, percussion, and digital processors.
Barton McLean’s music is often based upon processes and sounds of the natural world, while using current electronic and recording technology and his signature work is the audience-interactive installation RAINFORESTcreated in collaboration with wife and composer Priscilla McLean. It was staged and performed extensively throughout the USA, Canada, Europe, UK, Australia, New Zealand, and Southeast Asia from 1989 until 2013. In a darkened room a taped drone of recorded and synthesizer sounds and continuous projections of rainforest images provided an atmosphere in which members of the public were invited to perform vocally with microphones and on electronic and acoustic instruments.
After relying on Analog synthesis for decades he started to use Cycling ’74 software Max/MSP and nowadays he is composing with and developing concepts on the Kyma system provided by Symbolic Sound. 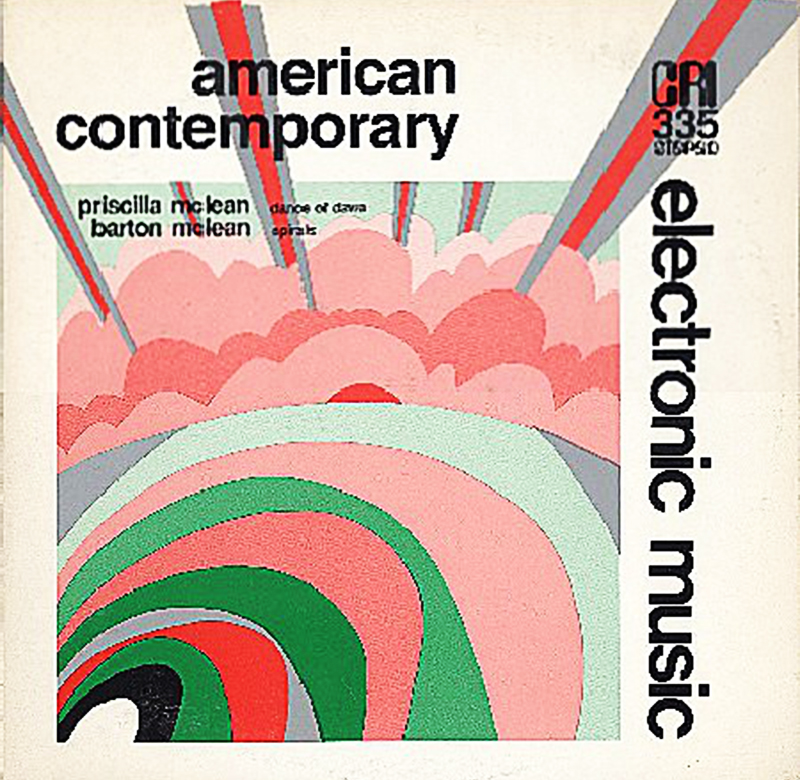 As a pioneer of computer music, Knut Wiggen was hugely important in reshaping the Swedish music community from 1959, when he became chairman of Fylkingen Concert Society, until he left his position as the founding director of the Electronic Music Studio (EMS) in 1975.
Wiggen had studied piano in Oslo with Robert Riefling, and moved to Sweden in 1950, where he studied composition with Karl- Birger Blomdahl. He attended the Darmstadt summer courses, and ended up living in Darmstadt from 1952 to 1955, immersing himself in the continental musical development and in particular the new electronic music.
When Wiggen was entrusted with the construction of EMS in 1964, he had already travelled extensively in Europe, and developed his ideas for a new, computer-based instrument. At the time, computer synthesis was being explored, but was only useful for research. The hybrid studio where a computer controlled the analog sound equipment was the only viable alternative to the analog studio. While this was at the center of development in several locations around the planet, EMS was the first complete realization of an entire functioning studio based on this model. The equipment list was impressive: 24 oscillators, a noise generator, four reverb modules, two filter banks with settings for each third, three ring modulators, two envelope generators, two digital and several analog tape recorders.
In order to control this equipment in real time, EMS developed an approximately 9 meter long control console, and the console interfaced with a PDP 15 computer so that realtime adjustments could be recorded on the digital tape that stored the performance data. Programming could be done 1) directly on the machine, 2) on paper tape later to be transferred to digital tape, or 3) on the control console. The console and the scope of the installation made EMS a marvel in computer music, and the stream of visiting computer music notorieties confirms this status. Max Mathews, Jean-Claude Risset, Iannis Xenakis, Gottfried Michael Koenig, Pierre Schaeffer, Jozef Patkowski, Dmitrij Sjostakovitj and many others visited the studio for meetings and conferences, and as composers.
Within such context “EMS för sig själv » appeared and it is striking how full of timbral nuance, and how refined it sounds. It is also important to remember that Wiggen did not control the individual sonic events in the same way as most other composers did at the time. He set processes of signal flow in motion, and with this backdrop, the sounding results become even more impressive. Perhaps his pieces sound fresh because they are composed with a distance to the sound itself, and not based on the composer’s exploration of personal taste in sonic properties. 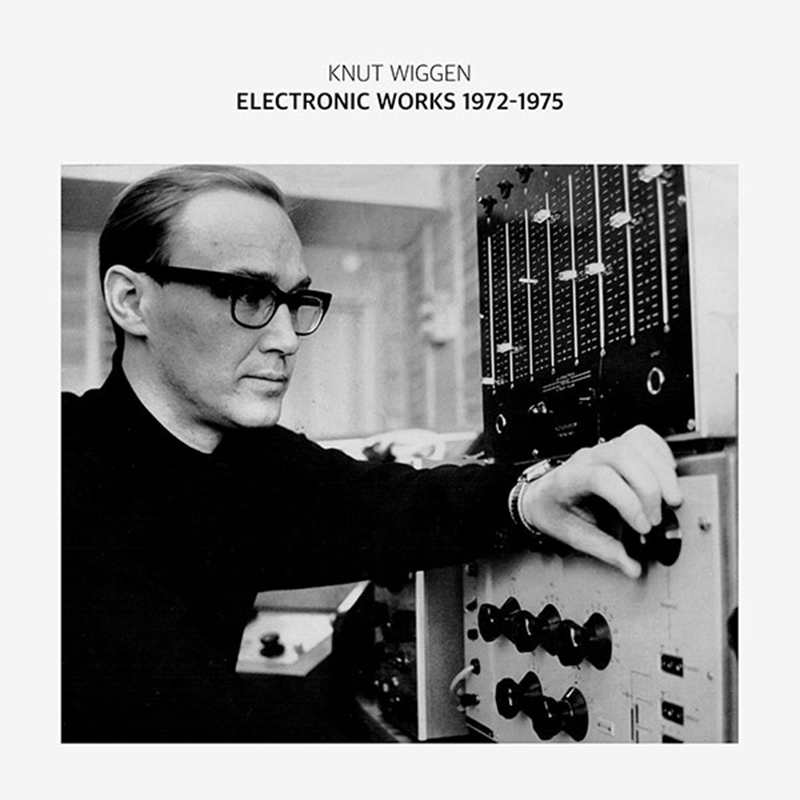 Writing these notes I suddenly realized that I had mixed another piece from this album in MIX 24, in which Priscilla McLean was featured, and today he is sharing space with Barton… I had forgotten since a few days occurred and I have been thru so many records preparing the mixes. It doesn’t matter and nothing changed since then, Tim Clark started his career in the early 1970’s composing Moog synthesizer soundtracks for Planetarium shows at the Strasenburgh Planetarium in Rochester, New York. He was the Music Director at the Strasenburgh, and it was his job to assemble complete soundtracks for the various planetarium shows. This was the soundtrack for an Isaac Asimov short story first published in 1956, which according to the liner notes “takes place in six time settings beginning in 2061 and progressing forward to the moment when entropy has reached the maximum and the Universe is dead.” 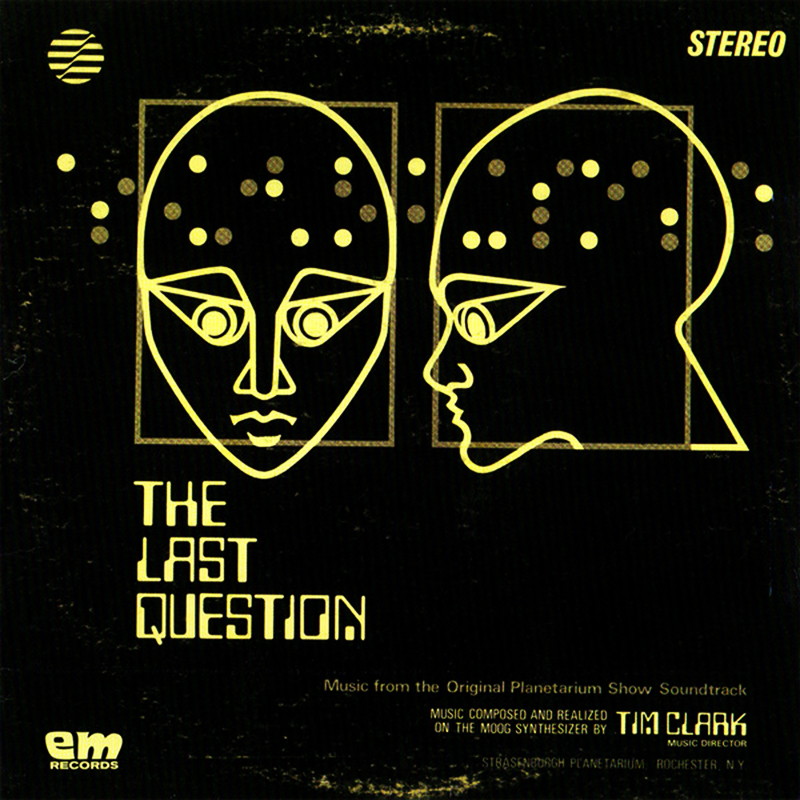