The new sound generation processes attracted the attention of the Futurist movement which sought to imitate industrial sounds.
Marinetti or Pratella affirmed the musical intentions of this movement which were later expressed in “The art of noise” by Luigi Russolo. He proposed to use environmental sound sources in musical composition:

“Musical sounds are too limited to qualitative varieties of timbre. The most complex orchestras are limited to four or five categories of instruments of different timbres: bowed instruments, plucked instruments, the brass family, the woodwind family and percussion instruments… We must leave this restricted circle of pure musical sounds and conquer the infinite variety of sounds” (1913).

These proposals were materialized by the construction of noisy instruments: the Intonarumori, in collaboration with the percussionist Ugo Piatti.

These prophetic inventions attracted the attention of Edgar Varèse, who remains the composer of his time who contributed most to the acceptance of diverse sound sources in musical composition through his compositions.
His work was followed by John Cage, then a young composer who already in 1937 declared:

“Whereas in the past the points of divergence were between dissonance and consonance, in the near future it will be between noise and so-called musical sounds. Wherever we are, all we hear is mostly noise… We want to capture and control these sounds, we do not want to use them as studio treatments but as instruments… The specific characteristics of electric instruments will be to give total control over the harmonic structure of the sounds (as opposed to noise) and to make these sounds usable at any frequency, amplitude and duration.”

This would be made possible by the technique of Sound Synthesis.

Even if the first modular synth was developed by Harald Bode in the late 1950s the origin of Modular Synthesis goes back to the 60s with Don Buchla on the West coast and Robert Moog on the East coast.

Buchla tended to not refer to his instruments as synthesizers, since the name connotes imitating existing sounds and/or instruments. Rather, his intent is to make instruments for creating new sounds, avoiding the use of keys so that the musician isn’t playing traditionally… While Moog was interested in making playable devices for performers in the mainstream.

Modular Synthesis gives the ability to connect or “patch” modules together in whatever way the composer wants in order to create unique, never-before-heard sounds, constructing unique signal paths capable of synthesizing sounds. Whereas in self-contained, non-modular gear, there are hardwired connections under the hood and the functionality is relatively fixed regarding the number of oscillators, LFOs, envelopes, etc., that are built into the device. With modular, there is the ability to expand the system in infinite ways, simply by adding more modules. Devices control are controlled by other devices by means of CV (control voltage), the lifeblood of modular. Patch cables are used to send voltage throughout multiple units interacting with one another – with signal generators used to create sound that is then passed through a labyrinth of oscillators, envelope generators, filters, voltage controlled amplifiers and sequencers. THOUGH one has to bear in mind that Modular Synthesis isn’t about Modules… It’s not about the character of the Module itself BUT bringing together a collection of functions ! Knowing how to use/interact them so as to become our own unique instrument. 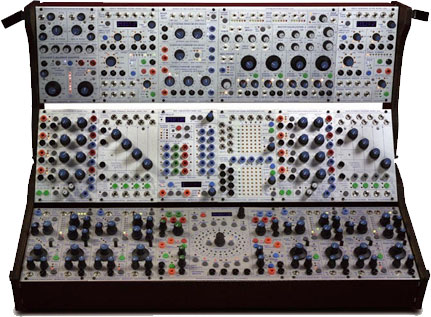 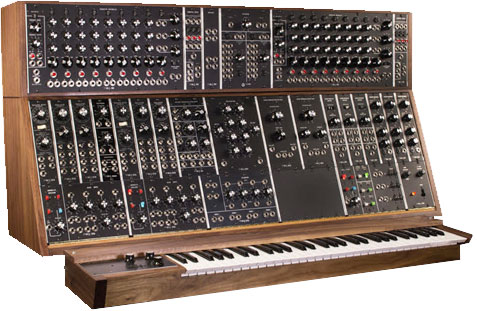 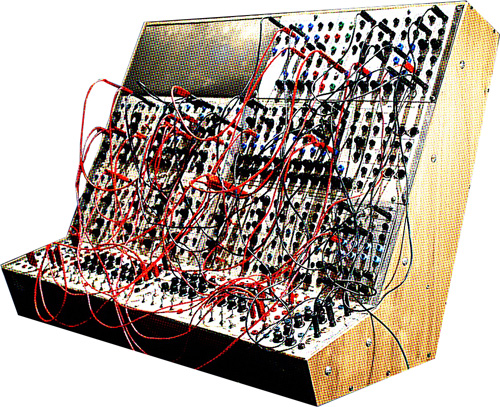 Here are the main components of a system:

One can plan his system on Modulargrid platform.

A glossary of terms and many great resources thru their pages:
https://learningmodular.com/glossary/ 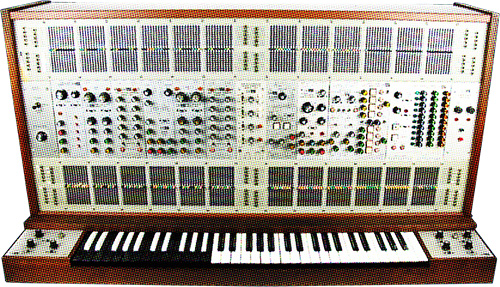