Jean-Claude Risset was a French composer, best known for his pioneering contributions to computer music and I consider « Mutations » as one of the very best of its kind. Arriving at Bell Labs, New Jersey in 1964, he used Max Mathews’ MUSIC IV software to digitally recreate the sounds of brass instruments. He made digital recordings of trumpets and studied their timbral composition using “pitch-synchronous” spectrum analysis tools, revealing that the amplitude and frequency of the harmonics (more correctly, partials) of these instruments would differ depending on frequency, duration and amplitude. He is also credited with performing the first experiments on a range of synthesis techniques including FM Synthesis and waveshaping.
Entirely computer-synthesized (on the Music V software developed by Max Mathews at Bell Laboratories) “Mutations” is certainly a breakthrough in the repertoire of works composed on a computer, the birth of which can be traced to around 1957. Babbitt, Phillipot, Xenakis used the computer as a calculator, the sound result of which was achieved either with acoustic instruments, or using fairly simple frequency generators, quasi-sinusoidal or generating noise bands from the calculation of random numbers. Influenced by researcher Max Mathews, Risset and Chowning will use the computer to no longer generate complex and mathematical combinatorial procedures on notes, but on timbres. Mutations, by virtue of this timbral quality that we knew only in instrumental music and concrete music on tape, is also a key work on the electroacoustic level.
When he returned to France Risset was the head of the Computer Department at IRCAM (1975-1979). For his work in computer music and his 70 compositions, he received the first Golden Nica (Ars Electronica Prize, 1987), the Giga-Hertz Grand Prize 2009, and the highest French awards in both music (Grand Prix National de la Musique, 1990) and science (Gold Medal, Centre National de la Recherche Scientifique).
Respect ! 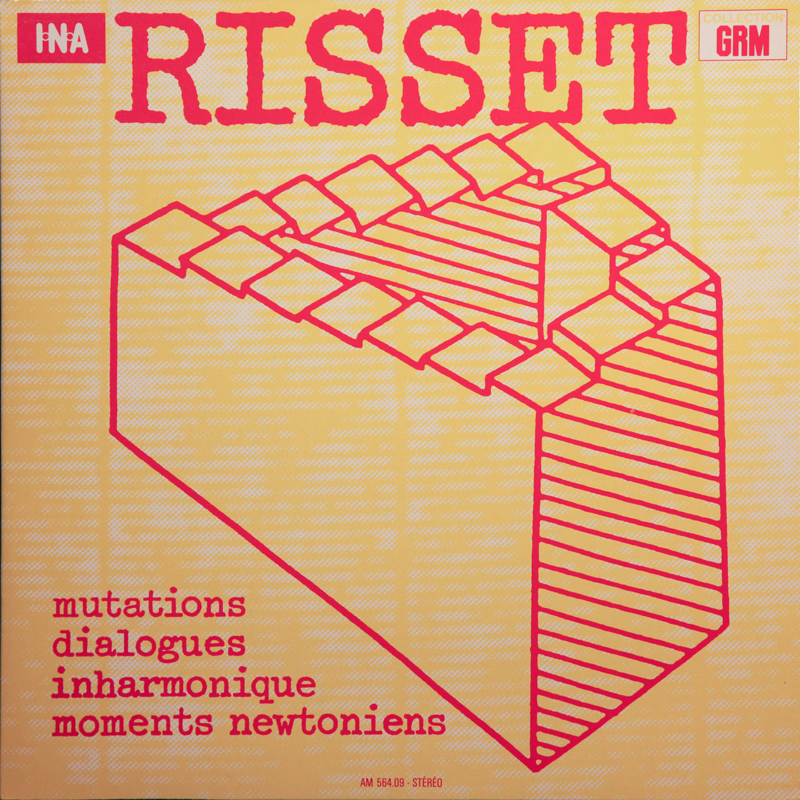 I have already confessed that I am a big fan of Ilhan Mimaroglu. I hold in high esteem the early releases on his Finnadar label and this collection of music made at the Columbia-Princeton Electronic Music Center offering usual suspects in our series: Alice Shields, Vladimir Ussachevsky, Mario Davidovsky, Bülent Arel… And we’ll listen to Pril Smiley and Milton Babbitt.
« Eclipse » was composed for four separate tracks, the composer having worked with a specifically-structured antiphonal distribution of compositional material to be heard from four corners of a room or other appropriate space. Some sections of Eclipse are semi-improvisatory; by and large, the piece was worked out via many sketches and preliminary experiments on tape: all elements such as rhythm, timbre, loudness, and duration of each note were very precisely determined and controlled.
In many ways, the structure of Eclipse is related to the composer’s use of timbre. There are basically two kinds of sounds in the piece: the low, sustained gong-like sounds (always either increasing or decreasing in loudness) and the short more percussive sounds, which can be thought of as metallic, glassy, or wooden in character. These different kinds of timbres are usually used in contrast to one another, sometimes being set end to end so that one kind of sound interrupts another, and sometimes being dovetailed so that one timbre appears to emerge out of or from beneath another.
Eighty-five percent of the sounds are electronic in origin; the non-electronic sounds are mainly pre-recorded percussion sounds–but subsequently electronically modified so that they are not always recognizable.

« Ensembles for Synthesizer » was completed in 1964, having been electronically realized by the composer on the R.C.A. Mark II Synthesizer. The title refers to its numerous and varied succession of short ensembles which constitute the body of the work, between what is obviously an « introduction » and its explicitly similar return as a « coda ». These « ensembles » which differ timbrally, rhythmically, dynamically, registrable, and duration ally, are yet closely related – particularly in the pitch domain and the temporal realm – as polyphonically compounded mutations of that material of the introduction, and are associated into five large sectional groups by thematic dominances. The work exhibits those capacities of the electronic medium with respect to flexibility of pitch, dynamic, durational, and umbral succession, the ensemble coordination of such successions and – in general – the control of and accuracy of specifications within the world of musical time. 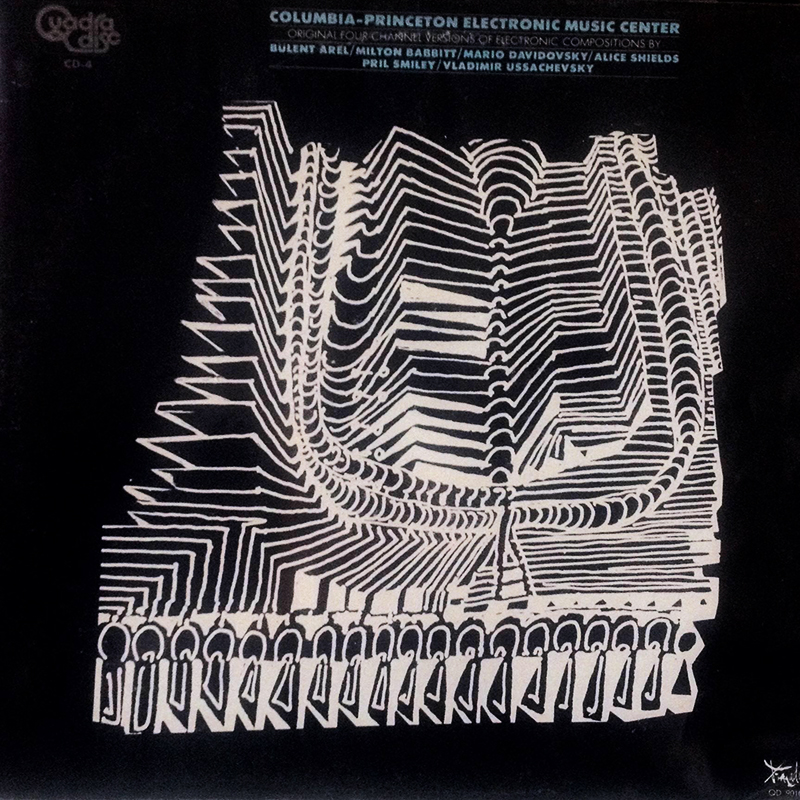 VA. Institute For Psychoacoustics And Electronic Music (IPEM) – 50 Years Of Electronic And Electroacoustic Music At The Ghent University (Metaphon)

After praising activities from across the Pond we shall swim back to Europe, Belgium where the Ghent University has run the Institute For Psychoacoustics And Electronic Music (IPEM) for the last 50 years. In 1963, the BRT (Belgian Radio and Television) set up a studio for electronic music in cooperation with the State University, with the intention of operating it as both a creative studio, and a research institution. The first director was Flemish composer Louis De Meester, and one of the first instruments developed was a sine wave generator by Hubert Vuylsteke. His assistant, an engineer called Walter Landrieu, (who built one of the first sequencers in Europe) also invented an instrument that used electronic tubes to generate eight octaves derived from a single base frequency.
470 compositions were realised at IPEM between 1963–1987 and I worked on a Medley from a reissue published by Metaphon, a selection mix of works by Karel Goeyvaerts, Lucien Goethals, Peter Beyls, Raoul De Smet. The absolute freedom of thought, together with the availability of new technology for sound recording, sound manipulation and sound distribution formed a fertile soil for the production of electroacoustic music at the IPEM in Ghent. The music is radical in many ways, both in terms of composition and in the use of sounds and their combinations. The music ignores traditional structures and emerging phenomena such as tonality and meter and replaces them with other structural principles based on sound transformations and gestures. 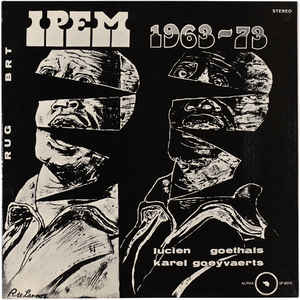 Denis Smalley studied music at the University of Canterbury + the Victoria University of Wellington (New Zealand). He then taught music at Wellington College for three years prior to gaining a French Government bursary which enabled him to study in Paris (France) in 1971. He spent a year in Olivier Messiaen’s composition class at the Conservatoire de Paris (France), and at the same time took the electroacoustic music course run by the Groupe de recherches musicales (INA-GRM). He was among the first composers to complete the newly established “Diplôme de musique électroacoustique et de recherche musicale.”
He then moved to the UK, where, in 1975 he took up a Composition Fellowship at the University of East Anglia (Norwich, UK) and was appointed Lecturer in 1976… Commissioned by the West Square Electronic Music Association, London in 1978 this piece offers some delicate combinations of percussions, synthesized timbres, processed close-mic’ed instrumentation, and slowly shifting/morphing drones… It harnesses the resources of the recording studio, synthesizers, specialised treatment devices, and computers for musical composition and performance. The Pulses of Time is based on approaches to the idea of pulse – the regular pulses of meter, the slower pulses underlying the longer-term progress of sections, the accelerating pulses of bounces, the pulses of iterative morphologies, and the compacted pulsing grains of textural interiors.The work comprises a series of sections, each identified with particular sound-types and sources – the synthesized bounced sound, metallic harmonies which expand the resonances of dramatic attacks, noise contours, drums and percussion both real and synthesized, and the clavichord, which provides a rich reservoir of sounds – clusters, sighing contours, percussive soundboard resonances, strings plucked and stroked. The main contrast is among improvised clavichord gestures, electronic synthesized material from the EMS Synthi 100, and dance-like sequences. It exists only on stereo tape and was composed using the resources of the studio where it was created, the electronic studio at the University of East Anglia, England. Involving extensive transformation of instrumental and electronic sounds. It has been widely broadcast and performed in concerts and festivals in many parts of the world.
In 1994 he was appointed Professor of Music and Head of the Department of Music at City University (London, UK). He has taken a keen interest in the performance of electroacoustic music, and pioneered the concept of sound diffusion in the UK, developing the first sound diffusion system from 1976 at the University of East Anglia (Norwich, UK). He has been responsible for the sound production for some key electroacoustic events, such as the Electric Weekend on the South Bank in London in 1987, and the BBC Promenade concert celebrating the 10th anniversary of the founding of the Electroacoustic Music Association of Great Britain (now Sonic Arts Network). Denis Smalley is also notable as a writer on the aesthetics of electroacoustic music. In particular, he has developed the notion of “spectromorphology” (the shaping of sound spectra through time), expanding concepts initially articulated by Pierre Schaeffer in order to explain sonic relationships in their musical context. 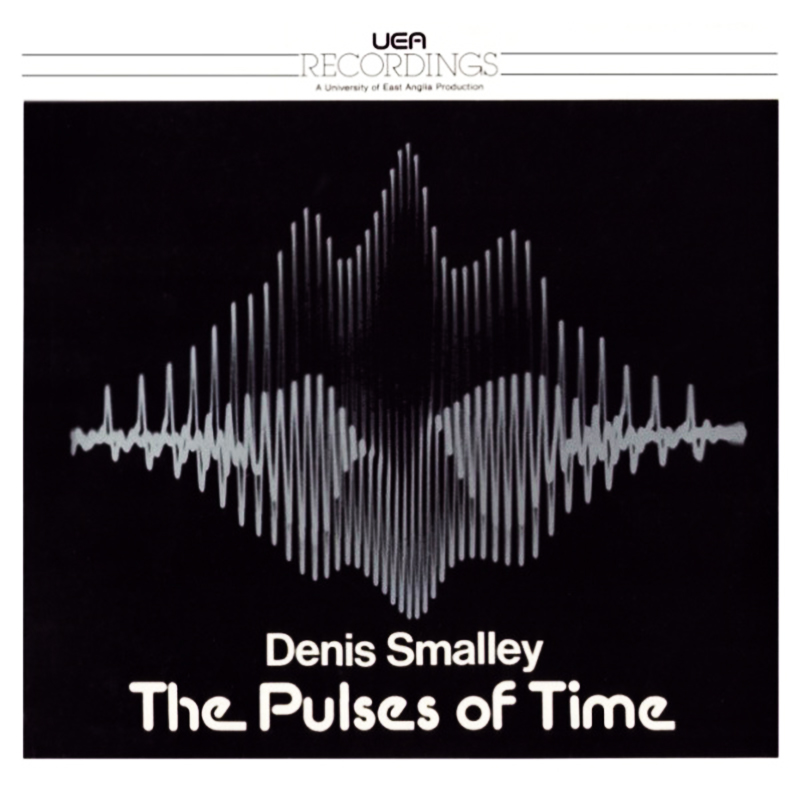 Born in Talence, France, Jacques Lejeune studied music at the Schola Cantorum with Daniel Lesur, at the Conservatoire National Supêrieur of Paris with Pierre Schaeffer, and at the Groupe de Recherches Musicales with François Bayle.
He entered the GRM (Musical Research Group) in 1968 and directed the Cellule de la Musique pour L’Image (Music for Images Department) in which various productions for stage and television were produced.
Only Made Available to Institutions, Schools, and Radio this oneiric soundtrack to accompany the fantasy-tale of Blanche-Neige while dancing with children needs be reissued as it is one of the strongest works from the composer, who used to say:
“As far as I’m concerned, ambiguity means scrambling images, playing on the affinities between morphologies and manning”
Such definition immediately establishes two levels: the formal and the semantic. By deliberately confusing them the composer creates most of his magic effects. In this fantasy of Blanche-Neig an undecidable image gradually discloses its meaning – a human step – as it accretes and gains definition the variable speed control. Ininitally it was nothing more than a pure low-pitched morphology. Here we have an example of a real transformation experienced – and that is the important thing – in its entire continuity, as a progressive determination of two orders of reality: th obverse and reverse of a sign ; form and meaning ; the abstract and the concrete… 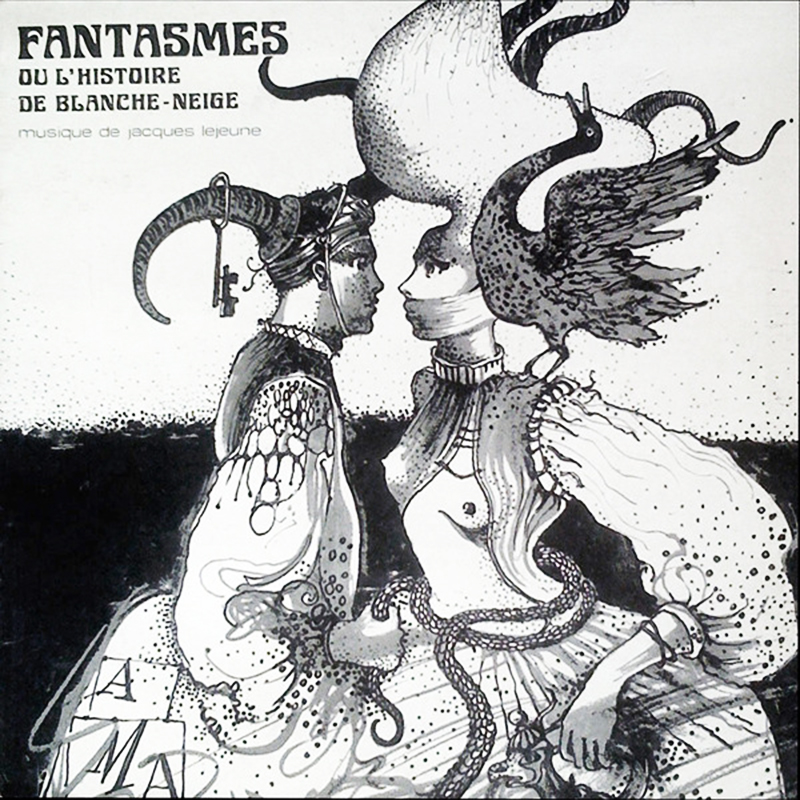 Jean-Pierre Massiera was a French musician, composer, record producer, sound engineer, and recording studio owner. His prolific output between the 1960s and 1990s ranged across pop instrumentals, psychedelic rock and disco music, often incorporating elements of musique concrète, field recordings and samples in an eccentrically sick-humourous and unique style. His work is usually credited under one-off band names such as Les Maledictus Sound, Horrific Child, and Herman’s Rocket. He has been called « the French Joe Meek » described as ” a freewheeling auteur whose outrageous forays in trashy pop culture mix low-brow sensuality with oddball experimentation »…
Bernard Torelli was a Rock – disco producer, sound engineer, arranger and composer. Also a session guitarist (he played with numerous artists, incl. Michel Polnareff, Manu Dibango). From Antibes, France, he moved to California in the early 1980s where he was best known as Bernie Torelli. In San Diego, he worked at Track Star Studios… 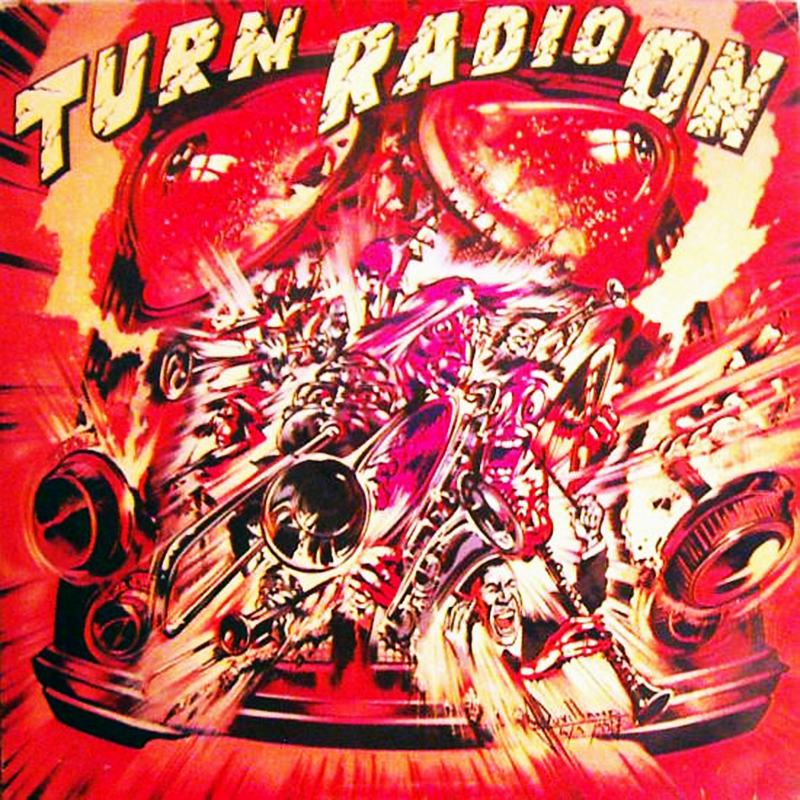