A Swedish writer, poet, composer and artist collaborating with Kurt Lindgren who was a bass player and composer, mostly active in Jazz circles.
After graduating in 1947, Elisabet Hermodsson studied rhythmics at the Jaques-Dalcroze Institute in Stockholm and visual arts at Konstfack from 1952 to 1958.
In parallel she also studied philosophy and made her literary debut in 1966 with the picture poetry collection Dikt-ting.
During the 1970s, she was involved in women’s issues, and edited and participated in Women’s Poems on Love (1978). She is also known for her songs, which she herself has sung on a few albums. 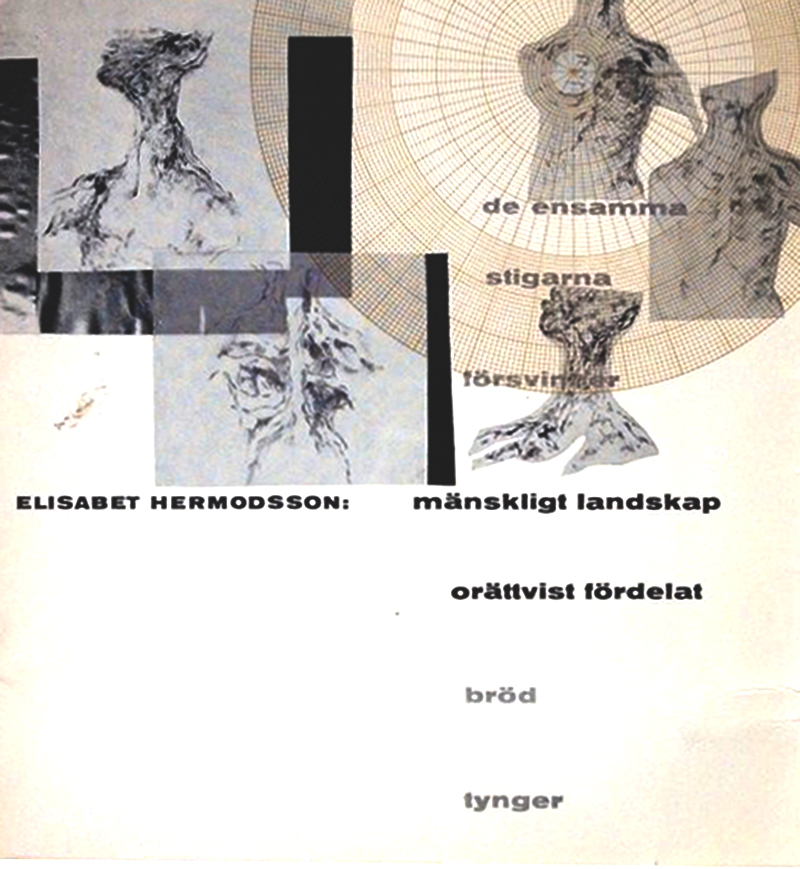 « Let’s make the past completely blank » had to be said in a series devoted to documenting works from the past and indeed I am not a passeist but rather a fan willing to show how ahead those works were and bring them back to attention in a modern context…
Spying for the future for sure Ilhan Mimaroglu was while composing Tract !
Dedicated to fellow countryman Nȃzim Hikmet, whom Mimaroğlu regarded “as the greatest poet of the revolutionary struggles.” Utilizing the voice of Turkish singer Tülay German (identified as Tuly Sand on this recording), Mimaroğlu creates an audio collage of political messages in the propaganda style (agitprop) of the Bolsheviks during the Russian Revolution.
Although his text is based on “direct and paraphrased quotations” from Bakunin, Brecht, Mao, Marx, and others, it is not pro-Soviet but rather New Left, an hallucinatory and nightmare-like pro-freedom ode even daring to recontextualize the hopeful anarchist anthem from Eugène Pottier: The Internationale, and give us the best version I ever heard of it.
The performance was composed and recorded over a two-year period (1972–1974) in Paris and New York. 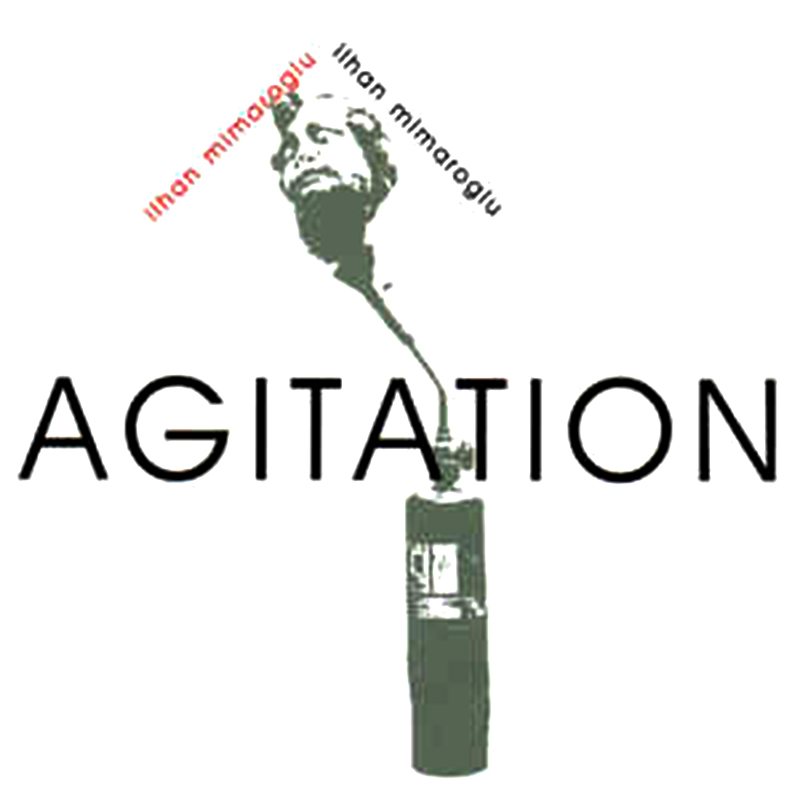 One of Pierre Schaeffer « studies in animated sound » that had been arranged by Denis Dufour for his TM+ trio with Laurent Cuniot and Yann Geslin playing Synthesizers.
Trio GRM Plus was founded in October 1977 by composer Denis Dufour to explore the relationships between electronic and acoustic instruments during concerts.
The electroacoustic ensemble became TM+ in 1985 and is still conducted by co-founder Laurent Cuniot.
Denis Dufour is playing prepared piano, the recording was mixed by François Bayle and recorded by Christian Zanési who later on would direct GRM…

As far as possible from an acousmatic conception my idea was linked to the very project of creating a trio of stage synthesizers, which could, in my opinion, both contribute to the projection of a composition fixed on tape, and progressively generate a specific repertoire based on a vocabulary of electroacoustic processes that could be played live with the synthesizers.
The initial trial, the test of this project, – the matrix one could say – consisted in this modest yet very ambitious attempt: to execute the portrait of a work, whose musical properties would thus be underlined. I proposed this study of Pierre Schaeffer. The brilliant way in which the three young protagonists dominated the problems, the frankness of the musical result, both new and faithful, seemed to me unequivocal. The successful test (like a photo) revealed a vivid aspect of the chosen subject’s face (its anima?), the very quality of this kind of music, its existence. Moreover the GRM Plus Trio was born…

[F. Bayle who was then director of the GRM] 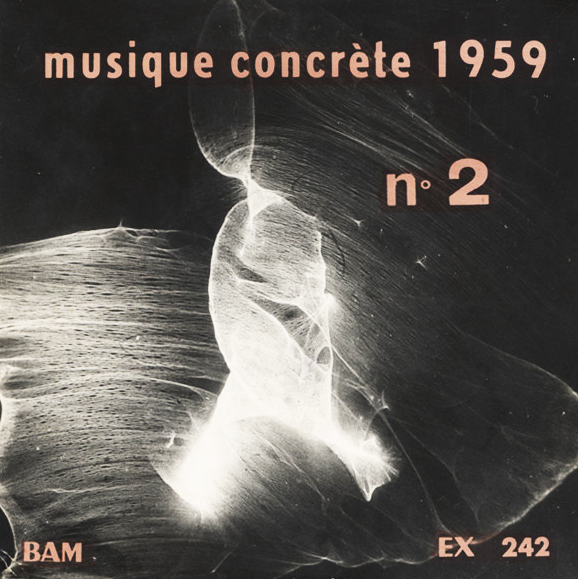 Let’s stay with the TM+ trio: Denis Dufour, Laurent Cuniot, Yann Geslin playing Synthesizers in a composition by Jacques Lejeune who has been a composer at INA-GRM since 1969 and I had previously introduced in our Mix #32. Today he is running the Paysaginaire association in order to promote contemporary electroacoustic music with a strong focus on interprétation.
The TM+ trio originated in October 1977 to give concert performances of electroacoustic music and works composed for electronic synthesizers or other devices for electroacoustically transforming sounds from traditional instruments.
Denis Dufour who initiated it, has become a renowned composer in the field of instrumental as well as electronic creation for concert with more than 180 works to his credit. As one of the pioneers of the ‘morphological’ and expressive approach to sonic writing, his works employ a wide spectrum of parameters in every sonic dimensions, contributing to the emergence of a genre that decisively connects all the arts with his interdisciplinary approach to composition and pedagogy.
He is a teacher at the Paris Conservatoire (CNSMDP), researcher (including GRM until 2000), lecturer, a host for many courses, workshops and master classes in France and abroad (particularly in Japan and Italy), an organizer and artistic director of several events dedicated to contemporary creation.
He is at the origin of several structures, collectives and instrumental ensembles that continue to irrigate the musical life in France and worldwide (Motus, Futura, Syntax, TM+, Les Temps modernes…). 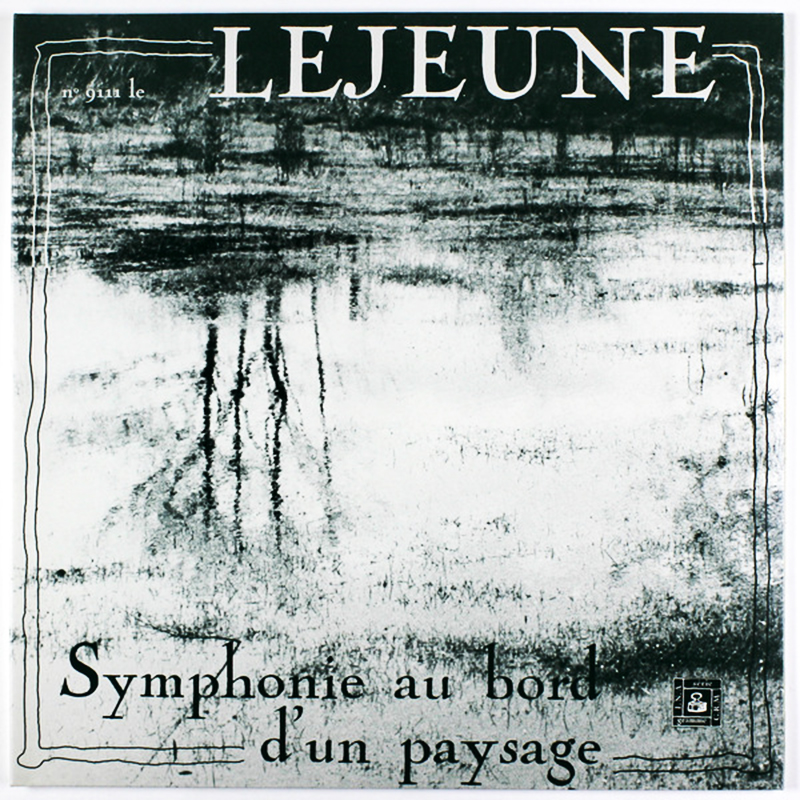 This song comes from a good compilation documenting works created at the Belgrade Electronic Studio and mostly interpreted by Paul Pignon on the glorious Synthi 100 synthesizer.
Ludmila Frajt was a Yugoslav and Serbian composer, born in Belgrade, into a family of musicians. Her father and brother ran the Edition Frajt publishing house.
From 1946 to 1952, she was Head of the Music Department at Avala Film; from 1952 to 1958 she was a Deputy Music Editor at Radio Belgrade; and then, from 1958 until retirement, she was the Secretary of the Music Committee of Yugoslav Radio-Television (ЈРТ) in Belgrade. Aside from composing, she was also involved with ethnographic research, and she avidly collected archaic folk instruments.
Throughout the 1960s and 1970s Frajt studied and assimilated the latest compositional techniques of the European musical avant-garde : aleatorics, the idea of ‘open-work’ and various multimedia experiments. She mixed and merged these with her already established interest in impressionistic sound world, folklore, rituals and antiquity.
Her tendency to employ unusual, quasi-archaic instruments and naturalistic sound effects is notable; some of her works are scored for instruments such as folk pipes, silver spoons and children’s toys.
She wrote choral, orchestral and chamber works, music for films and radio-dramas, electro-acoustic works, as well as music for children which won numerous awards. 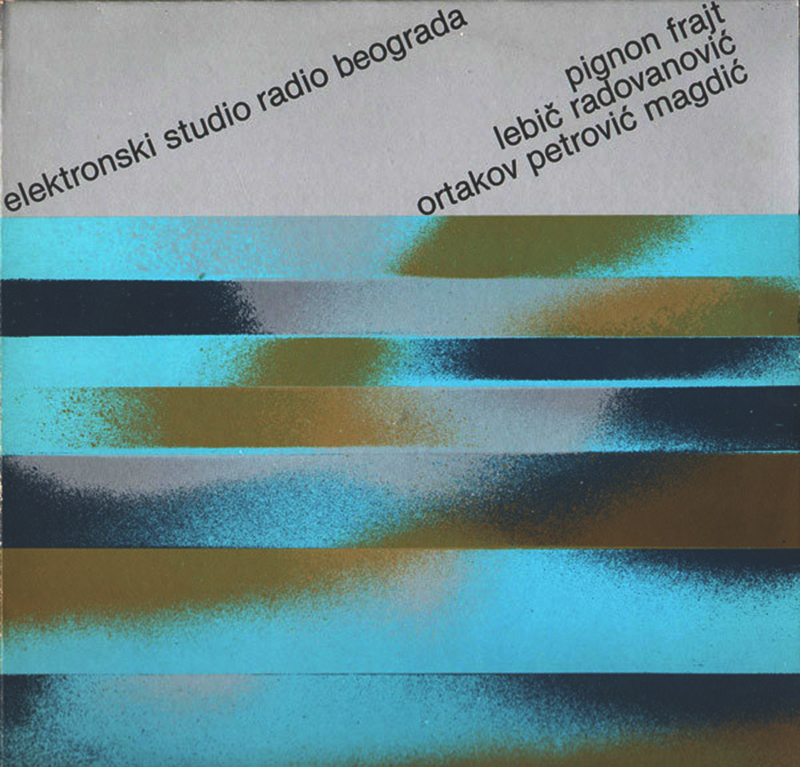