Desmond Leslie developed an interest in electronics and musique concréte when the war ended, developing fragments of incredibly strange and forward-thinking music, using rather extreme ways like – for instance – throwing a large electric fan into a piano and recording the sound. On my wishlist is “Landing Of The Giant Flying Saucer » but as far as I know it isn’t even for sale anywhere… Indeed his original LPs on his « Musique Concrète » label are awfully rare so it was a pleasure to welcome a reissue from Trunk. Furthermore including all the rare music from the following: Music Of The Voids Of Outer Space, Sacrifice, B.C. 5,000, Death Of Satan + the theme Music From The Film: The Day The Sky Fell In which many never heard of though no worries as I decided to mix’s all in a medley… Schizoidally sacrificing your ears or bringing some aural delights? 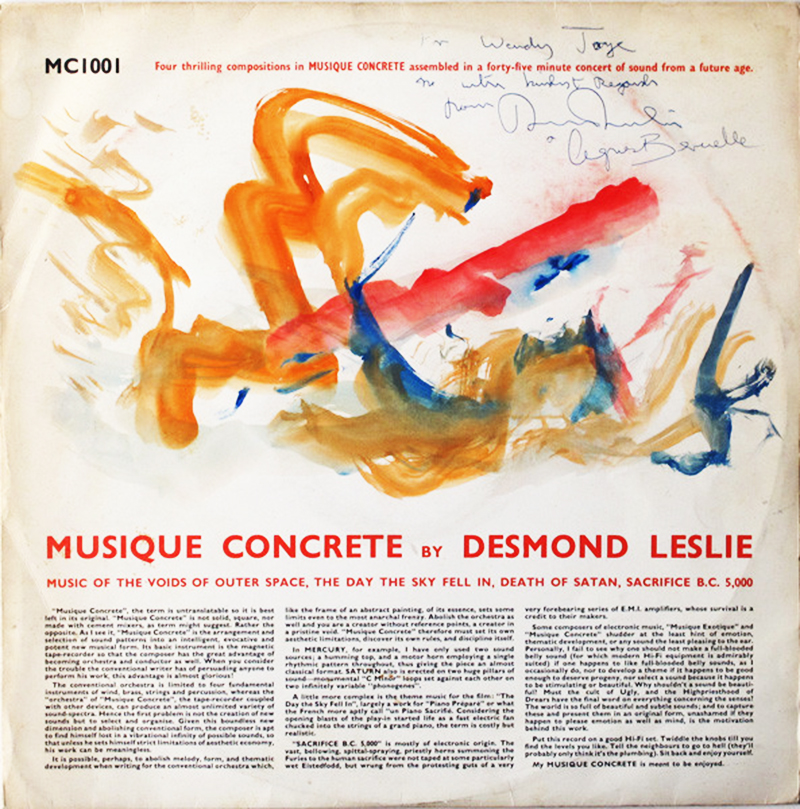 Mycènes Alpha, by Iannis Xenakis, is the first piece entirely composed on the UPIC (Unité Polyagogique Informatique CEMAMu) which is a computerised musical composition tool, devised by the composer. Physically, the UPIC is a digitising tablet linked to a computer, which has a vector display. Its functionality is similar to that of the later Fairlight CMI, in that the user draws waveforms and volume envelopes on the tablet, which are rendered by the computer.
This opus composed of ten UPIC pages (one of which is repeated identically) was especially conceived for the Polytope of Mycènes created from September 2 to 5, 1978, on the ruins of the acropolis of Mycènes in Greece and made hear the unheard electronic sounds of the prototype (UPIC A) developed by the team of the CEMAMu.
Described by Xenakis as “a feast of light, movement and music”, this Polytope is a synthesis of the composer’s previous multimedia shows : Polytope of Montreal (1967), Polytope of Cluny I & II (1972-73), Polytope of Persepolis (1971), Diatope (1978).
The first performance in France also took place in 1978 for a concert in homage to Olivier Messiaen, during a cycle dedicated to him for his 70th birthday. Since then, this work has been regularly performed in international concerts and festivals. 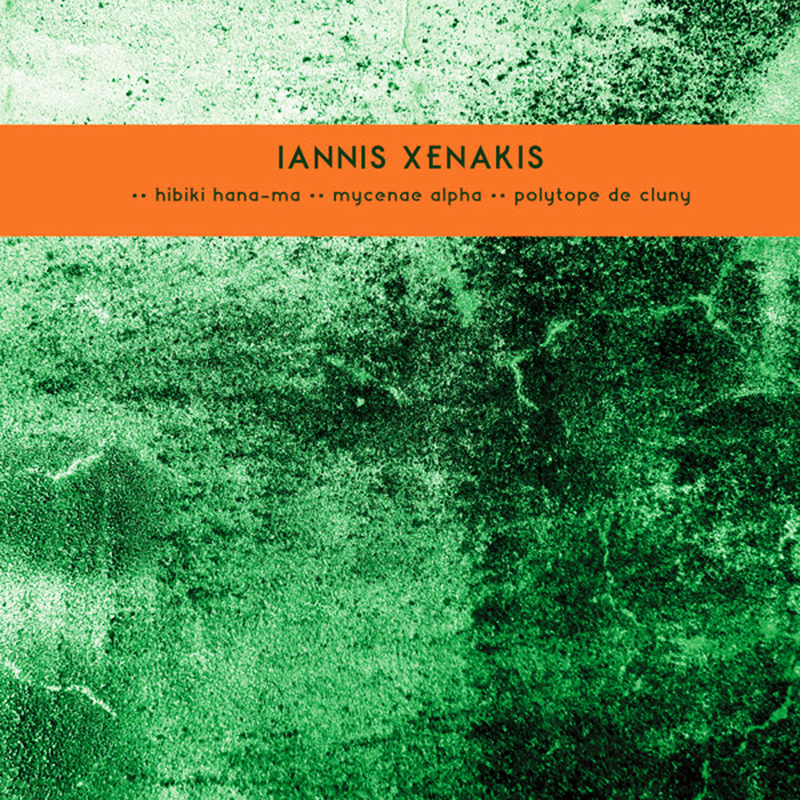 From the 50s German-born Australian composer Felix Werder was part of the core of Melbourne’s small, but active new music scene. In the late 60s he acquired an EMS VCS3 analog synthesizer and incorporated electronics into his performances. In 1974 he worked with the EMS Synthi 100 at the University of Melbourne, where he produced his electronic masterpiece « The Tempest », after Giorgione’s « Tempesta » . His command of timbral composition is striking, giving priority to electronic timbres that classical instruments are incapable of making, and we can only regret that he didn’t produce many more electronic works. Werder was a very literate composer whose works frequently referred to historical, literary and artistic models. As much at home in the visual arts as in music (he was also a painter) his his choice to use Giorgione’s curious allegorical painting as a visual model for a sound structure proved brilliant and he accomplished a composition which can stand comparison with any of the other analog works made at that time. 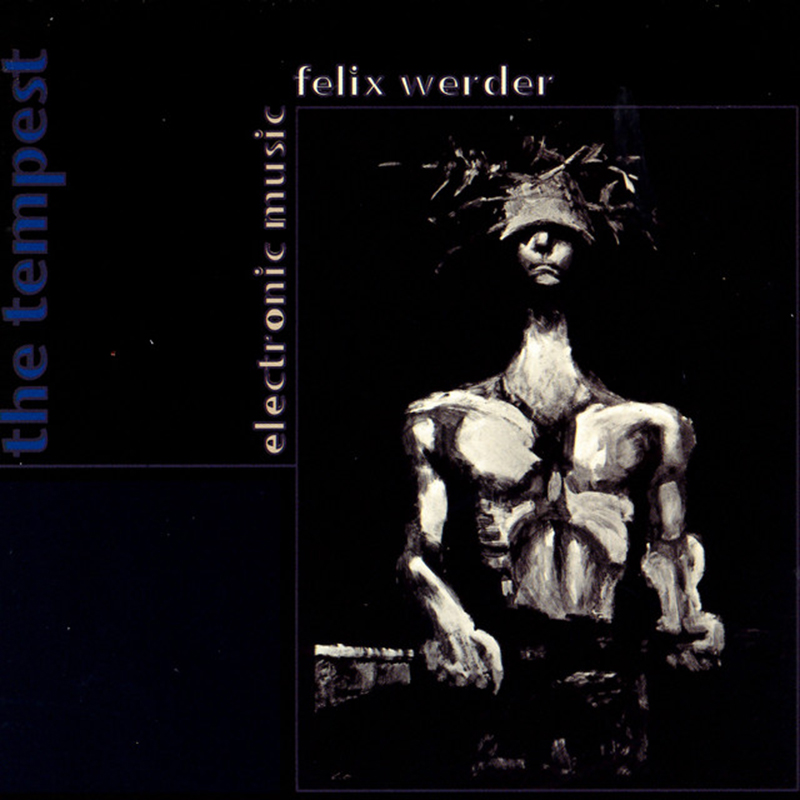 Bernard Parmegiani (1927–2013), the grand old man of French electroacoustic music, did not write much music for tape with live performers. Among them is “Stries” for the unusual combi- nation of three live synthesizer players and tape. Written for the three synthesizer players of the Paris- based electroacoustic trio TM+, Yann Geslin, Laurent Cuniot and Denis Dufour, founded at the INA/GRM. Over the span of the ensem- ble’s lifetime, TM+ used a range of different instruments — analog synthesizers in the late 1970s and early digital synthesizers in the mid-1980s — and amassed a repertoire of about 40 compositions written especially for them.
“Stries” (1980) is a work based on the tapes of Parmegiani’s “Violostries” for violin & tape from 1963. The tape part is derived completely from recordings of the violin which Parmegiani masterfully alters to create an at times extremely dense, at other times pointillist piece of music. Its score makes numerous references to the instruments used by TM+: a Yamaha CS-40M (Geslin), an EMS Synthi AKS (Cuniot) and a Roland System 100M Set D (Dufour). Immersive and menacing this is not the most prominent work from the composer but it shouldn’t be neglected and luckily Mode Records from New York has reissued it. 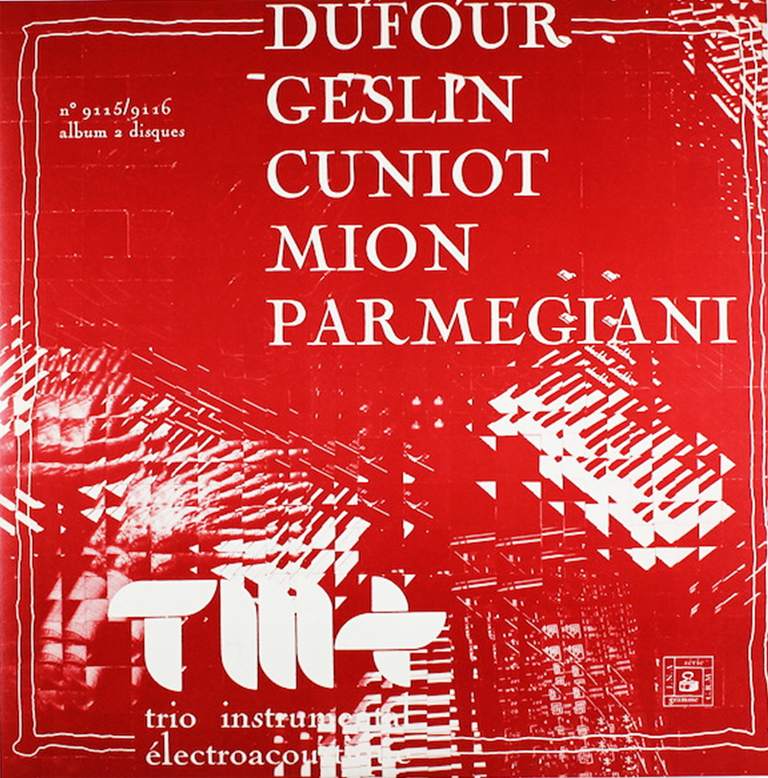