My first exposure to a modular synthesizer was in a grade school music class where a teacher played “Switched on Bach” and for some reason that stuck in my craw. Many years later it was Keith Emerson, again on a Moog Modular, that got me acquainted and intrigued, and then Brian Eno and Robert Fripp introduced me to a realm of sonics through looping while John Cage opened my mind to sound as music. These are not your typical modular heroes, but it was they who led me into this world of texture and noise.

I purchased a Sequential Circuits Pro One when I was 17 and thus began my hands-on foray into subtractive synthesis. Adding the Electro Harmonix 16 Second delay in 1984 was the icing on the cake. A primitive sampler before samplers were affordable, and just before the death knell of synthesis: the Yamaha DX7 (the DX7 and its surge of romplers swayed me away from synthesis for most of my adult life). But back in the day that little Electro-Harmonix box inspired a life-long fascination with sampling that ultimately led to the Kurzweil where I was able to forge a real-time digital musique concrete machine while trying to blur the lines between synthesis, sampling and processing. In 2007 my ears perked up to the beauty of modular synthesis while working on a mastering project with Warner Jepson, whose music was created in the late 1960’s on a Buchla 200. Dan Burke pushed me over the cliff by leaving one of his Eurorack systems with me for a week or so. Thanks Dan!
Call it my mod-life crisis, but this set me on a path to Buchla and all things modular, and I haven’t looked back since taking the dive back in 2012. 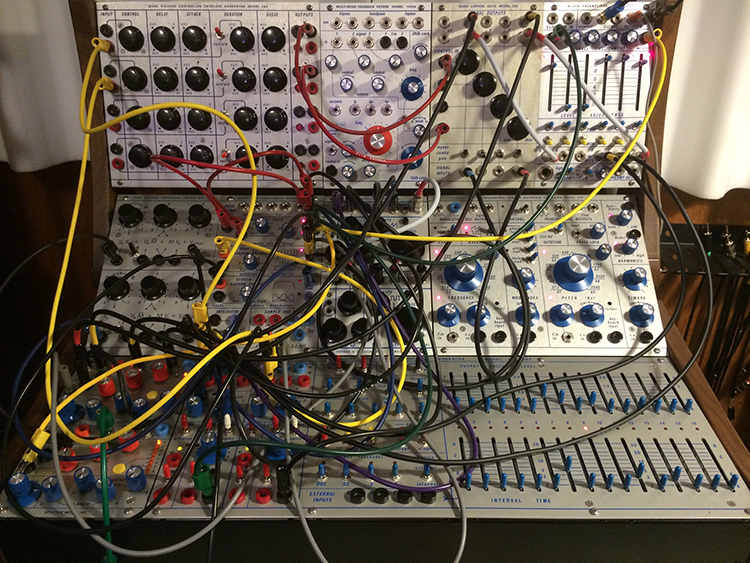 This harkens back to the Pro One in 1982 where I began to discover noise, texture and sonics and how they could integrate in a musical context. The beginnings of a life-long pursuit. The EH 16 second delay reinforced that anything could be music through the process of sheer repetition. Fast forward to now where I’m the conductor of organic and generative electronic symphonies. Electricity being the key word. After 30 years of MIDI and its 128 steps of granularity it’s incredible now to work with pure electricity, which is infinite, sublime and running at the speed of light.

Existence is precious, beautiful and fleeting, and modular is a life-long exploration and quest.

I’m addicted and it’s a sickness, but a beautiful sickness. I started with the 200e, which is a hybrid digital and analog modular system. I couldn’t get the classic Buchla sounds from the 200e so more recently I’ve been investing in 200 clones, and the two systems together cover the best of modern and classic Buchla, and are interconnectable. I’m not sure if it ever ends, this quest and modular lust. Just get a new case once you run out of space.

Here’s the layout across the three systems used for Modulisme, just add wires… 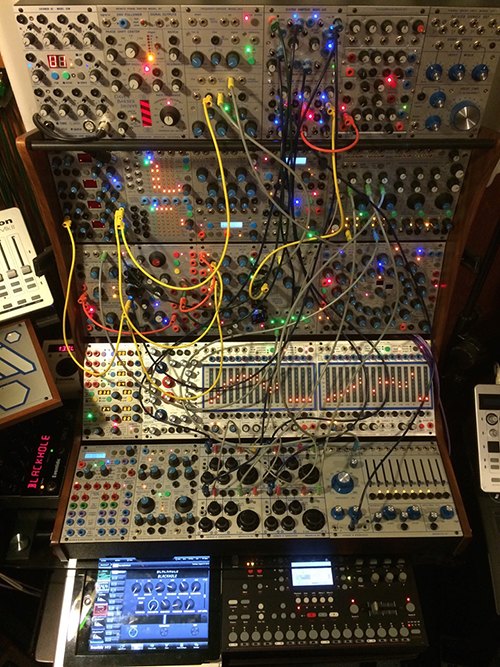 I dream of a system seamlessly integrating looping, sampling, recording, processing, and mixing as an adjunct to your instrument and to compose in real-time, or even faster than realtime. I’m using systems like Kyma, Max/MSP and Octatrack to work towards this goal, but dream of a more dedicated environment for live performance. Not just taking the tools of the studio to make an instrument, but a virtual collaborator and arranger, too.

Of course I admire the work of Morton Subtonick, but there is also Warner Jepson whom I previously mentioned, an underrated Buchla pioneer whose work still sounds contemporary despite being recorded in the mid to late 60’s. Warner effectively paired the Buchla 200 with a Farfisa organ in many of his compositions.

Do it! Eurorack is a mesmerizing universe of affordable and dedicated modules running the gamut from synthesis, sampling, processing, to just about anything else you can imagine: including a module that processes audio through dirt; various incarnations of the TG Gristlier, and anything else off the beaten path under this fat old sun. In the software world plug-ins for Pro Tools and other programs cost hundreds, if not thousands of dollars, so contrast that with a tactile piece of hardware available in Eurorack format and usually at less the cost of software. There’s an 8 GB sample player for only $75! Dive in, but dive in knowing your needs. Do the research so you can grow into and evolve a system that you’ll continually find inspiring.
Modulargrid.net is your friend for designing such a beast. 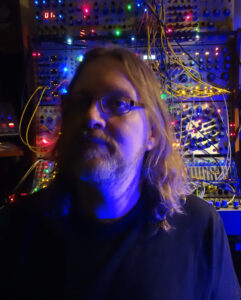