Ben Edwards is a composer, producer and collaborator, writing, recording, mixing and created his own studio: Memetune. I started working with him when he was doing Tennis (a duo with Douglas Benford from Sprawl Imprint) and released 2 albums on BiP_HOp. Later on I had pleasure following/supporting his Expanding label and his playing more and more beautiful Vintage synths…

« I have been fascinated by modular synths for a very long time. To me they represent the apex of electronic musical expression. I have never been a ‘keyboard player’ type musician. I prefer music that has been put together in a more mechanical way – I like listening to the machines more than the humans.  I never bothered to practice my scales or even think about constructing music from a “keyboard” point of view. Not that I don’t like some music produced by great keyboardists, and great humans, its just that my direction of travel has been away from that and more towards listening to the machines. Obviously computers can now recreate anything that can be done with a modular system, but the difference is for me they can never replace the experience of being in the presence of a physical object like a modular synthesiser. We live in the physical realm, but too much of life now seems to be experienced in the virtual realm, its not somewhere I want to be spending my creative time. So thats why I am so obsessed with modular synths, and I think I am just stuck in my ways and am still living in the physical world – I can’t seem to break away from it!»

I am a member of several bands, which often play live and do little tours. I am in a band with Stephen Mallinder (Cabaret Voltaire) and Phil Winter (Tunng) called Wrangler. We have also collaborated with John Grant and formed a new band with him called Creep Show. I collaborated with Mal on his recent album ‘Um Dada’ which featured a lot of modular work. I am also in John Foxx and The Maths (I’m The Maths), we’ve got a new album coming out in a few months, which we are very excited about. I work with Neil Arthur (Blancmange) as Fader, as well as doing the new Blancmange albums with him. And there is another project I do with my friends Sid and Dave called Oblong, we are working on a new album (our third). I also do quite a bit of Library music (currently some new albums with Jon Tye as Wavelength), and have been involved over the years in a lot of ‘commercial’ music, I have to pay the bills sometimes! I’m very proud of everything I do, its all done with love and passion, and each year brings new projects and collaborations, and always has done – there have been so many. I feel so lucky to have the opportunity to work with so many great people over the years. It makes working with the heartless machines so much more bearable

My parents ran a small independent school in the 1970s at our family home, and there was a music room with a strange modular synthesiser in it called ‘The Black Box’ which I used to experiment with when I was about 10, maybe younger. It was given to the school by a family friend and was a small home-made box with oscillators, filters, ring modulators, envelopes, all patchable with banana cables. The lettering was all done with Dymo labels. Anyway, I used to be fascinated with that thing and play on it every evening. There was also an electric organ with a built-in drum machine, and lots of xylophones, percussion instruments, and even a four-track tape machine that I used when I got a bit older – maybe around 13/14. I set my first studio up in my bedroom when I was 16 and then when I moved into my first house I had my downstairs living room as my studio. Soon it took over my whole house/life. Thats when I got my Moog modular (very cheap in 1994) and a huge 8 track tape machine, and I realised I had to set up a proper studio. I set up my record label (Expanding Records) and commercial music business and started running the studio properly as a hub for all my projects. I have released 30 albums of my own music and roughly the same amount of collaboration albums with various people over the years 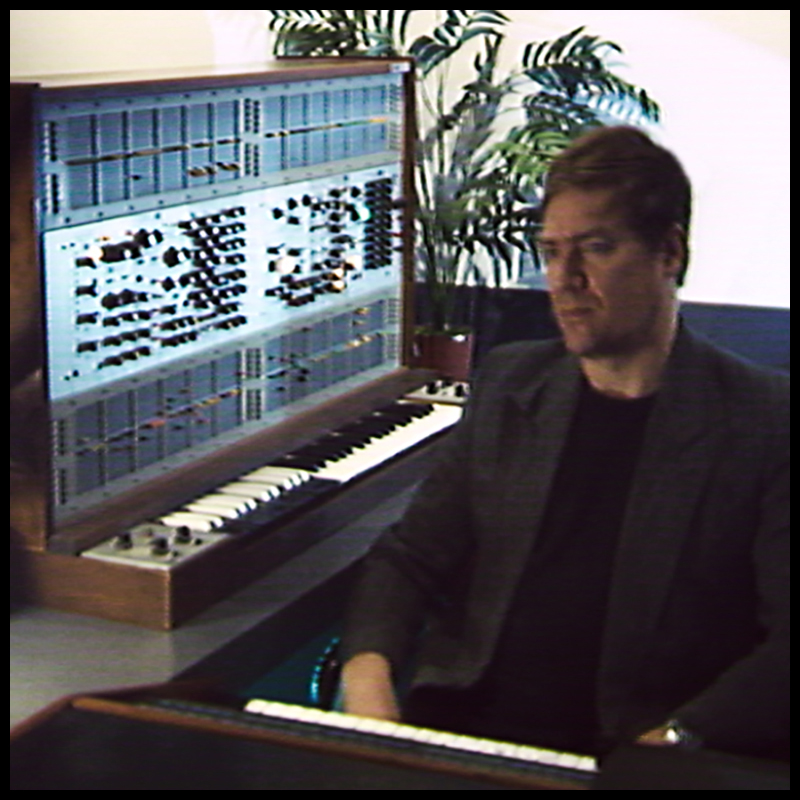 I always saw the equipment as part of the compositional process, like the studio was really the instrument. The environment inspires everything, and the more I am in tune with the studio around me the more inspiration I find there. Modular in essence is the idea of connectivity, interconnectivity, combining and recombining signals and shaping sound and composition in any way imaginable, and the better in tune with your surroundings you are the more you can create your own unique voice. I think the best thing in any studio is the patchbay, especially if you have thought through your setup so that everything can come and go properly though it. Modular synths fit into this way of working so well, but why stop with purpose-built modular gear – anything with an input and output can be connected to a patchbay and become part of a bigger system – to me all production in the studio is part of this giant modular approach – thats the idea behind Memetune Studio – everything is connected up – from the synthesisers, sequencers, modular systems, to the FX units, mixing consoles, computers and recorders, coffee machines…

The whole point in modular synths is that they are uniquely configurable and expandable, they change and grow as you do as an artist. Its totally unique in the musical world, that the artist can grow their instrument organically and keep evolving it. You can’t do that with a violin!

I used 13 self-contained systems for this mix-up. Each one was recorded in real-time with no overdubs or edits. So in other words I set up a patch on the system at hand and either let it do its thing as a self-playing patch, or interacted with it and manipulated the parameters in real-time to create each piece. Some tracks were played more from the keyboard (if the system had one) and others were more self-sequencing. I tried to let the machines speak and I went with the flow as much as possible 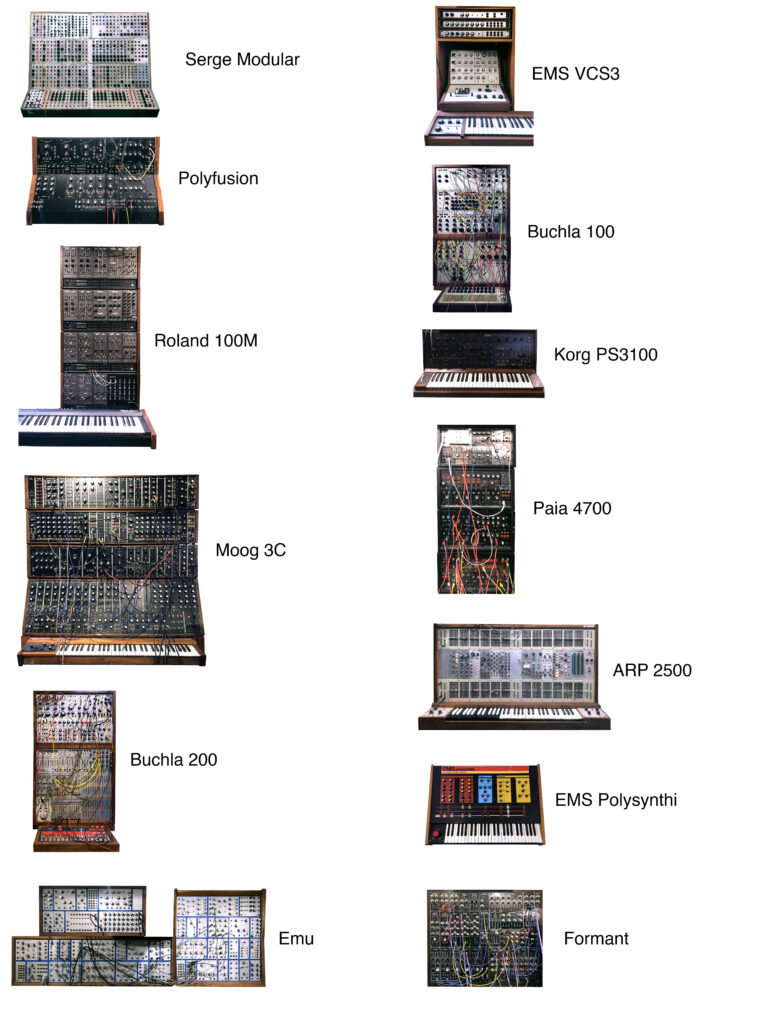 I prefer to think about what stuff I already have and try and use it in new ways and combinations. Once you have got a certain amount of things the combinations present so many opportunities that there is not enough time in a day to explore them all. I like putting together products from manufacturers that are of the same era, so for example setting up stations in the studio of just Roland products made in the mid 1980s, or another of Korg products from the early 1990s – they tend to all have the same design ethic and play well together. I see this as a kind of Modulisme actually

Not really!  I am not physically close to any other modularists – I live in the middle of nowhere, and I am not that close stylistically to other artists that I know personally. I am similar in approach to some other artists but perhaps not who are working today, maybe people from the 60s and 70s. There are lots of other modularists that I admire because of their approaches to patching, for example Todd Barton and his Krell patch demos are great, and I liked to watch Doug Lynner’s patch-of-the-week Serge youtubes, but I feel that there is a definite gap that needs filling – and that is what you are doing I’m certain!
Perhaps my angle is really seeing the whole studio as a giant modular synth, and actually life in general – everything in life connects together and is somehow patchable if only we can work out how to do it

Subotnick, Tangerine Dream, Autechre (I think they use modulars but I’m not sure!), these are artists who I constantly go back to for their aesthetic and technical inspiration 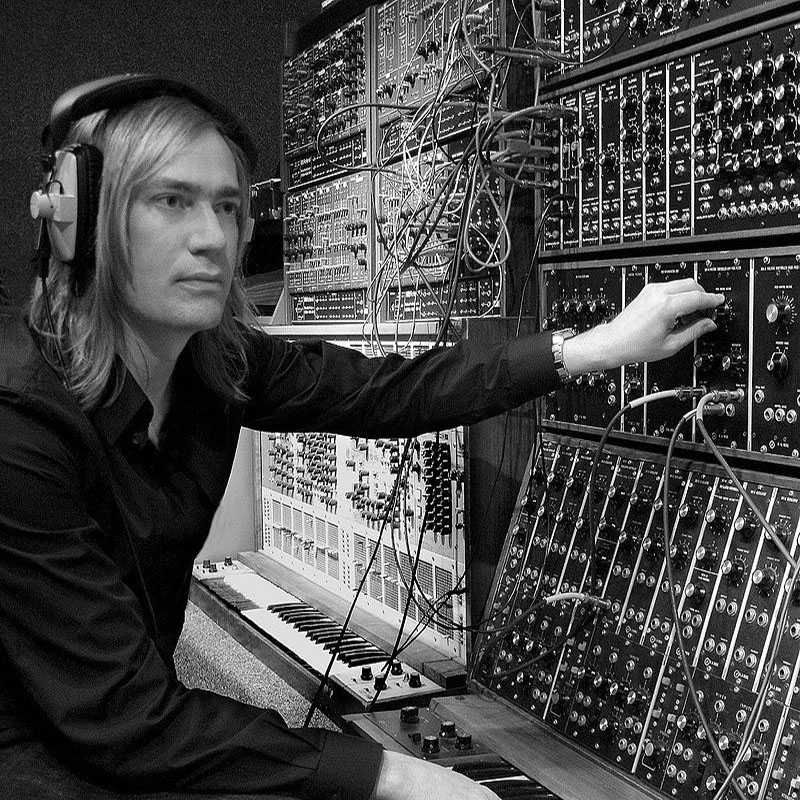