Robin Rimbaud, aka Scanner, has been making sounds and playing with technology since he was 11 years old. Not being interested in the systematic pattern of recording, releasing product and touring to support that much of his activity has been outside of standard music routines, and more aligned with an art practice. over the years he designed permanent sound works in the Raymond Poincaré hospital in Garches, France as part of the bereavement suite (Channel of Flight), the Science Museum London and in Vex house, the London residential house in collaboration with Chance de Silva architects. He scored The Big Dance in Trafalgar Square for 1000 dancers and the re-opening of the Stedelijk Museum, Amsterdam, in the company of Queen Beatrix, and in 2016 scored the world’s first ever Virtual Reality ballet, Nightfall, with Dutch National Ballet.
Back in 2012 Scanner toured with « Live_Transmission: Joy Division Reworked », an audiovisual show with Heritage Orchestra, and in 2014 was Visiting Artist at MIT in Cambridge USA. More recently, he has written works for London Sinfonietta, BBC Concert Orchestra and other real world musicians! One of the most influential Electronic composer, releasing his first CD in 1992 and many other ever since…

I first saw a Eurorack Modular System in the studio of my good friend, American sound artist Stephen Vitiello, when I was working in Virginia, USA. It was something completely new to me, but the aesthetic aspect immediately appealed to me, the sheer look of the instrument. The absence of a screen, this chaotic jumble of cables and the sonic possibilities were all part of this.

This was back in 2008, but I never bought any modules until early 2014. And even then, it was just a handful of modules from Make Noise, Intellijel, Doepfer. Since then I’ve built up a substantially bigger system, with separate cases for particular manufacturers, such as Mutable Instruments, Make Noise, Verbos, Befaco, Analogue Systems and so on… 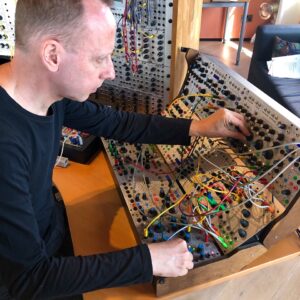 The sense of discovery and surprise is something that has never left me. It offered up a way to create work outside of a pattern I’d become accustomed to over the years and therefore pushed me in fresh directions. The challenge of learning these systems was also appealing. It’s never too late to keep learning! Accompanying this was the strong sense of community around this scene, and the support and general good will that continues to this day.
Some of my finest friends are born from meeting and communicating over the years!

I love the enthusiasm and desire to learn more, but I’m frequently surprised when I browse through sales pages on websites and see how people are selling modules or entire cases reporting “I’ve used this module for just one hour” or “I bought this case of modules last month but didn’t use it.” I find that a little disheartening. You need to invest time before you purchase something and whilst using it. The magic isn’t always revealed immediately! It takes work and commitment to control and use these instruments. I’m surprised when I post recordings or a video of my own work and people comment ‘Oh, I thought this could only make noise, not music’! Patience is indeed lacking in many people.

For this piece, I decided to focus entirely on just one machine – the Buchla 200e. I picked this up in an auction a few years back and absolutely fell in love with it. I hadn’t prepared anything for this session, just patched up a few things to begin with, and then just let it breathe and flow over the course of an hour. I love how the Buchla lets you move the sound around so actively, keeping it alive and in motion. It’s a live recording with only a touch of reverb added, and no other instrumentation or effects. As to a dream system I think I already have it, though I keenly watch what developers are creating and there are always companies offering up new tools of inspiration such as SOMA and FRAP, so who knows! 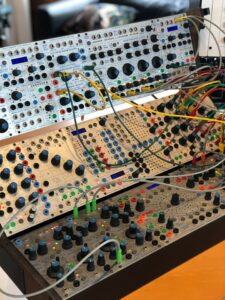 Are you feeling close to some other contemporary Modularists?
Which ones? Which pioneers in Modularism influenced you and why?

There are countless artists using modular synths whose work I enjoy, from contemporary to older artists, ranging from Richard Devine and Caterina Barbieri, to Morton Subotnick to Michael Stearns, Datach’I to Luis Fernandes, Rodent and Walker Farrell, Keith Fullerton Whitman to Todd Barton.
The figure who probably influenced me the most was hardly a synthesist, but it was the American composer David Tudor (1926 – 1996). Tudor’s inclusive yet exploratory approach to the use of electronics in performance composition presented listeners with an abstract expressionistic ocean of sound, risky and ever inventive. Even marvelling at photographs of his set up at shows, neatly attired as always in black suit and tie, surrounded by a table of strange boxes, cables and obscure devices was an inspiration to me to search out instruments outside of conventional means. My first thought on seeing modular synths was that finally I can own something like David Tudor 😀

Read forums, watch countless videos, talk to others, attend a modular meet if you can and play with some of the instruments. Don’t buy anything yet. Ensure you know what you want to do or make in some sense. I receive sweet emails from strangers asking advice but it’s very hard to know what to advise if you don’t know the kind of music they are interested in making or developing. Most of all be patient. Then again you can use that for all aspects of your life! 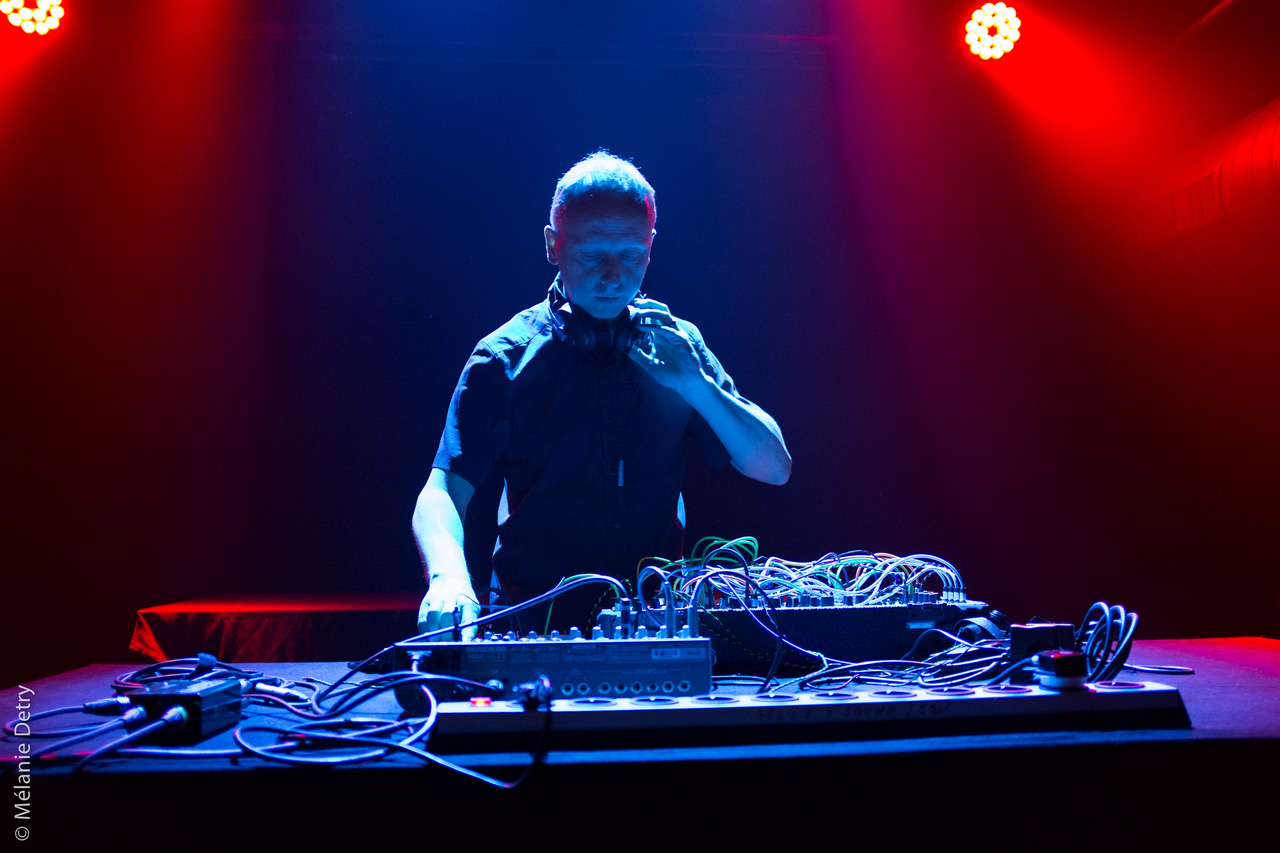