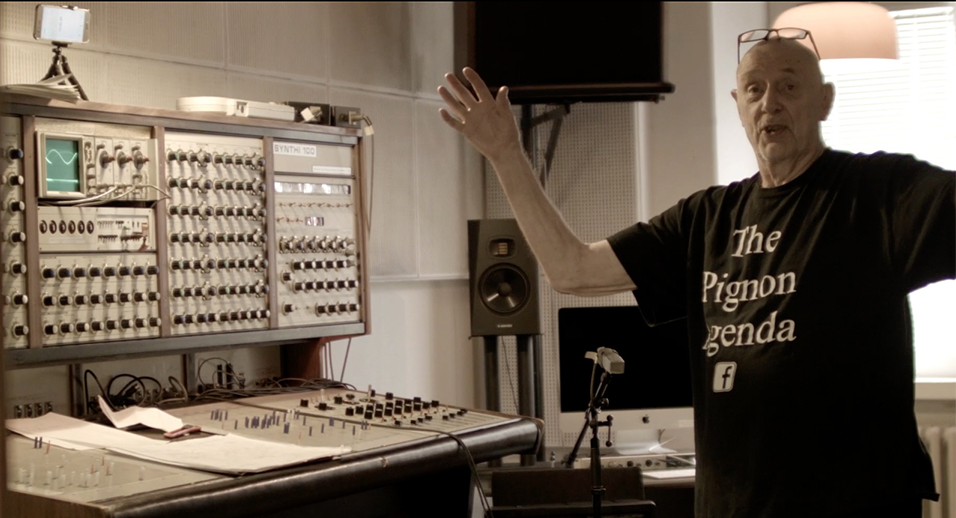 Paul Pignon was born and grew up in the UK. Began playing jazz at 15. Studied physics at Oxford. While there in 1961 he made his first forays into non-idiomatic improvisation, abandoned Ph.D research at Oxford in favour of music. He moved to Yugoslavia and co-founded the Radio Belgrade Electronic Studio. 14 years working with the Synthi 100 which was originally custom built for the Studio. Active as composer of chamber, vocal electronic and improvised music there, leading the group Interaction.

After helping to found the Electronic Studio at Radio Belgrade I worked there for some 14 years teaching, making my own music, assisting other composers and making incidental music and sound effects for various radio programmes, on the Synthi 100. I also wrote a comprehensive manual for the Synthi 100.
In about 1984 I produced a composition called Mechanical Cartoons and then one called Play Me where I began to develop what I now call Zoetic Engines. Essentially I make use of the vast number of patching configurations which the unique patch bay contruction of the Synthi 100 enables to create very unstable and reactive patches (circuits), which I since recently have begun to refer to as “creatures”. They can also be made sensitive to external stimuli; in the piece Play Me I was interacting with them via a microphone, playing the clarinet.

In 1986 he moved to Sweden, composing and developing computer music software at Elektronmusikstudion (EMS Stockholm ). Member of FSTand Fylkingen. Producer at Fylkingen 1988-1992. Active as composer of electronic and instrumental works, and real-time composer on single reeds, didgeridoo, recorders, voice, laptop; currently with BOP, BONON, 2+(with Liisa Pentti), Free Speech, The Great Learning Orchestra, and other ensembles in Sweden and abroad.
Currently chairperson of SEAMS and till recently 2nd vice-chair person of Fylkingen.

Earlier this year I was in Australia, meeting playing my various wind instruments with some outstanding improvising musicians. Nothing in the way of modular synthesis apart from Recreatures-4, made using material from Athens and Belgrade from 2017-18, premiered here in Sweden this August.
I recently completed KAKA, a 4-channel plunderphonic piece using fragments from Karl Schwitters and Anton Webern, with tools including a sampling synthesizer I build in pd-l2ork controlled from my WX5. It was premiered in Vienna.
I am looking to realize a project involving three Synthi 100’s in different countries, creating my zoetic engines on them and allowing them to interact with each other and possibly with humans. As usual the main problem is to get some funding for travel and the large amount of work demanded.

How were you first acquainted to Modular Synthesis? I reckon that was not playing a Synthi 100, was it?

Not quite, but almost. When we (Vladan Radovanvić and I) got the go-ahead to set up an electronic music studio at Radio Belgrade we started looking where we might order a large custom-built modular synthesizer. I had already has some contact with Peter Zinovieff and EMS London. There I had seen and tried out a VCS 3. We also approached Don Buchla but got no worthwhile response from him, so we went with EMS. During the course of the development of what was to become the Synthi 100 I did get a VCS3, which I used regularly for real-time processing of my wind instruments in the group Interaction.
Prior to that I had only worked in the classical tape studio way, with much cutting and splicing and multiple tape recorders. 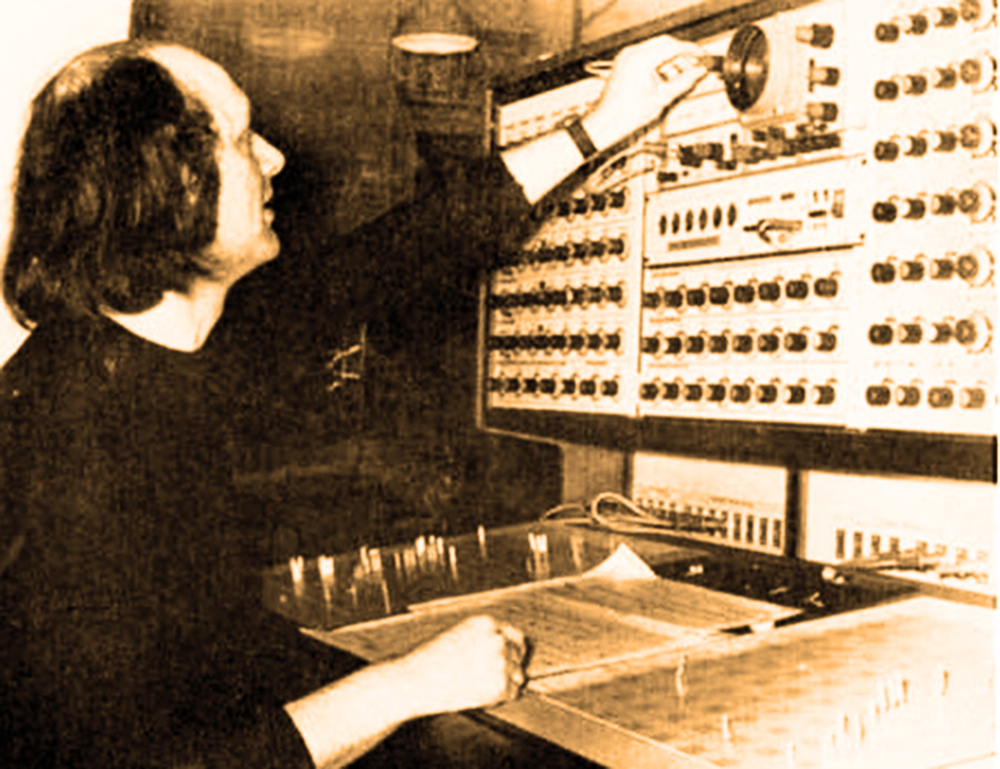 I have never actually bought a modular synthesizer.
The VCS3 I got in 1971 as far as I recall.

The Synthi 100 was in some ways a product of what I conceived would be appropriated to my compositional bent, having experienced what was possible with the VCS3 and having many discussions with Zinovieff and David Cockerell. A special boost was provided by EMS proposal to include a digital sequencer.
So once the Synthi 100 was installed in Belgrade I already had quite a few plans for what I could do and try out. The first piece I did there, as far as I know the first autonomous serious composition to be produced on a Synthi 100, I called, somewhat presumptiously, « Hardware Performance ».

Is the Synthi 100 your favorite instrument?

It’s the only modular synthesizer I’ve really used. Having worked with it for so many years I have reached a level of familiarity and freedom with it that I cannot imagine with any other analogue device I have seen. I do believe that the patchbay solution provided by EMS offers opportunities which no other device can offer.

Quite often modularists are in need for more, their hunger for new modules is never satisfied? How do you explain that?
You seem happy using one even if it is already a monster !

It has happened quite a few times I wished I had more to work with, but the Synthi 100 is not really modular in that sense. In the past I made compositions by layering on a multi-track tape. Nowadays I am mostly interested in creating my “creatures” using the possibilities for instability and autonomous activity a which the zoetic engine paradigm offers. But as said, I am looking forward to realizing a remote interaction of three Synthi 100’s to create quasi-living organisms. 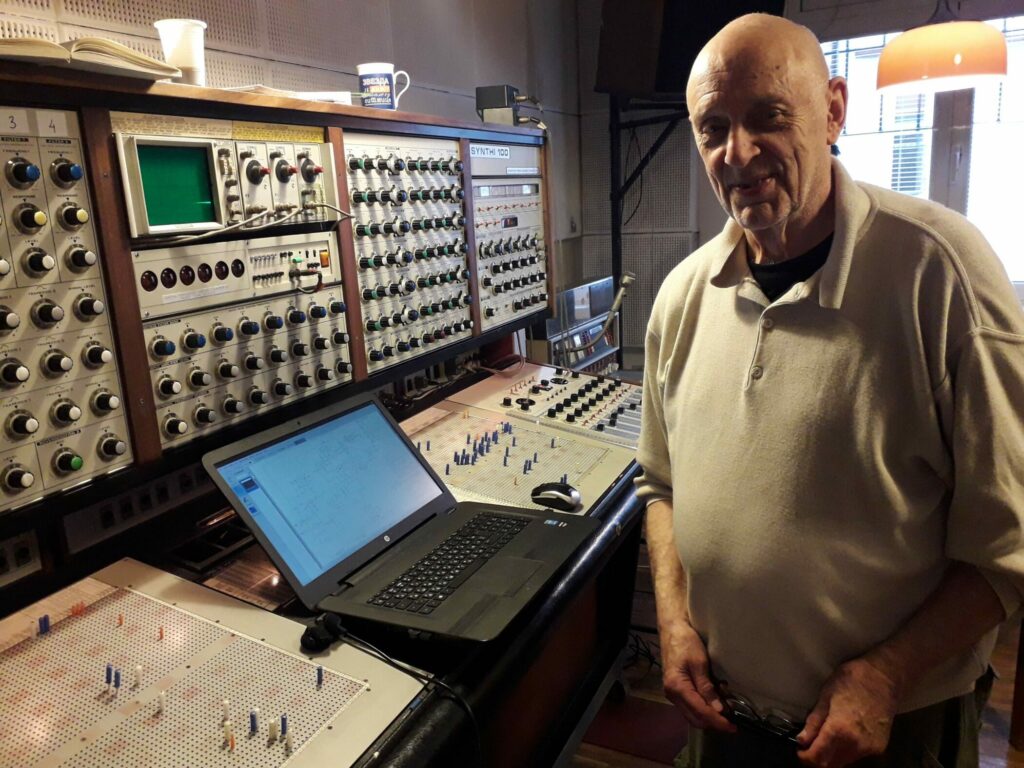 Would you describe the Synthi 100 you used to create the music for us?

Primarily the Synthi 100 in Belgrade, both back in the day (since “Mechanical Cartoons” dates back from 1975) and after it’s resurrection, 2017 on. Some on the Synthi 100 in Athens, mostly while it was on show at dOKUMENTA 14.

Not really, as said the patches involve a lot of near-instability and illegal connections, I work very instinctively with them, having assimilated the idiosyncrasies of this machine over many years.

Not really. I pay little attention to the tools composers have used, just listen.

None really. I started listening to electronic music (as we called it back then before that name was used for a subset of popular music) around 1965, composed my first EAM pieces from 1968 on using tape music procedures, until we managed to get the Electronic Studio running in Belgrade with the custom-built Synthi 100. That was so long ago but of course I was enjoying Stockhausen, Berio, early Polish school… All those were tape pieces of course. 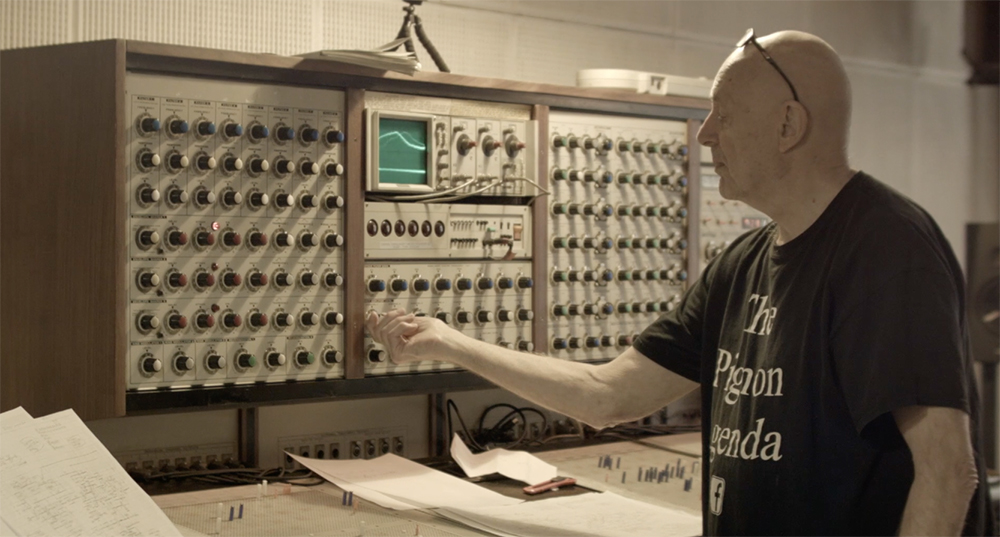