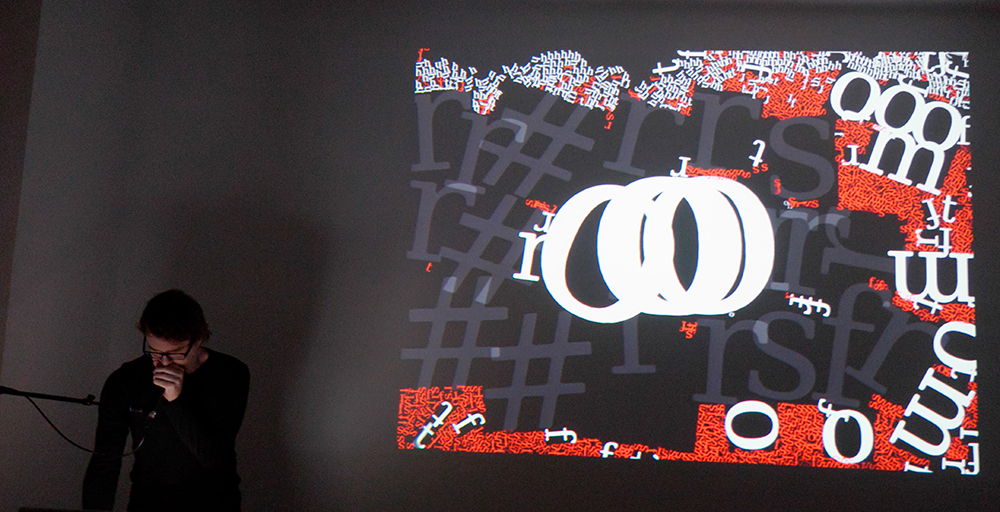 Jörg Piringer is living in Vienna, Austria and is a member of the Institute for Transacoustic Research, The Vegetable Orchestra and has been active as a radio artist + sound and visual poet + composer since the 90s.
Besides he also owns a master degree in computer science and his works are made from sampled/manipulated voices only.

How were you first acquainted to Modular Synthesis? When did that happen and what did you think of it at the time?

My introduction to modular synthesis came via Native Instruments Reaktor at the end of the 90’s.
That was really mind expanding as i could for the first time unite the processes of composing and sound design.
That felt way more natural than the tools i was using before: a midi sequencer and a hardware sampler. For a long time i hesitated to start my own rack of modular hardware system. One reason was that i am mainly using granular synthesis and sampling and those were only becoming available in eurorack form in the last couple of years.
The other reason was money of course.

What was your first module or system? You chose to use regular Synth, Semi-Modular as well, is that easier for you and you aren’t fan of patching your own synthesizer?

My first system was a eurorack case with the qu-bit nebular 2, a 1010-music fxbox and a hermod sequencer.
I also like synthesizers or sampling gear as they offer a limited approach and that can lead to different ideas.

I usually start each time from scratch, so i remove all patch cables and go along with the sound. An improvised process which feels more free than my approach when i work with my computer.
On my existence: it’s quite time and money consuming. but worth it! 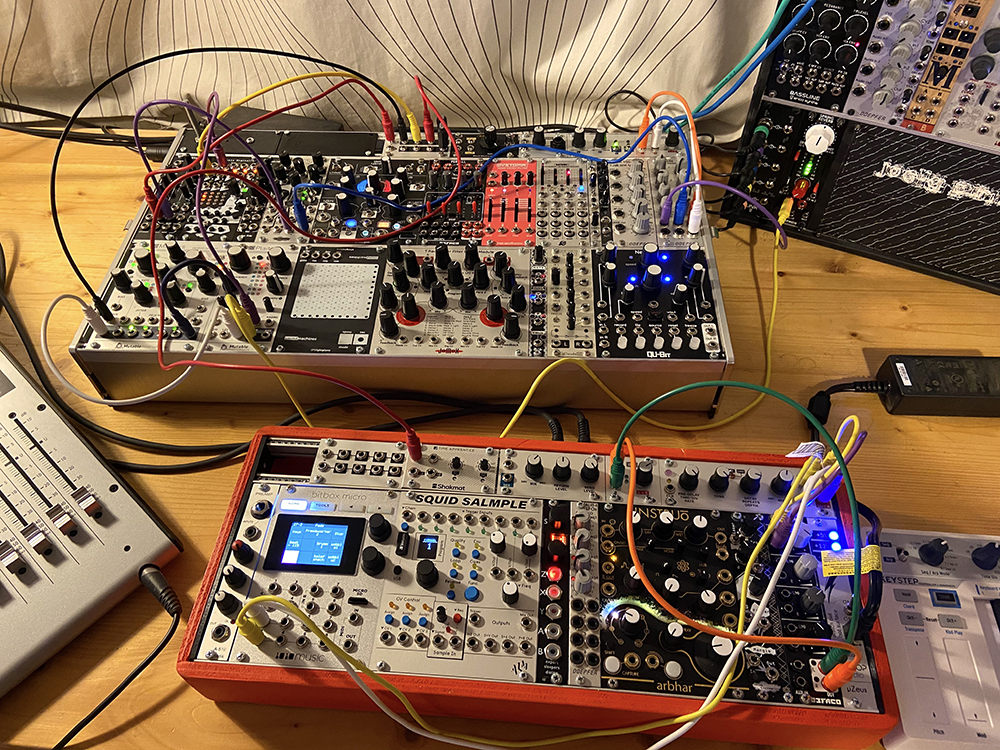 As far as I’m concerned I buy new gear (not only modules) quite often. It’s a way to incorporate new sounds and compositional ideas in my music. On another end I also sell my gear frequently. Often it feels great to get rid of old instruments, ideas and sounds and to give it to somebody else for a lower price.

Instrument building may actually be quite compositional, defining your sonic palette, each new module enriching your vocabulary. Would you say that their choice and the way you build your systems can be an integral part of your compositional process? Or is this the other way round and you go after a new module or Synth because you want to be able to sound-design some of your ideas?

Absolutely ! Actually I think of that a lot.
At the moment i have two main systems:
One for composing and recording and one for performing. The performance system is a small case i built myself, optimized for efficency and portability.
The composing system (which also connects to the performance system) is more versatile but heavy and large.
So you could think of the system as a modular system of modulars systems, but of course i am always looking for interesting modules to expand my sound and compositional range. Besides i change the layout of my systems frequently. 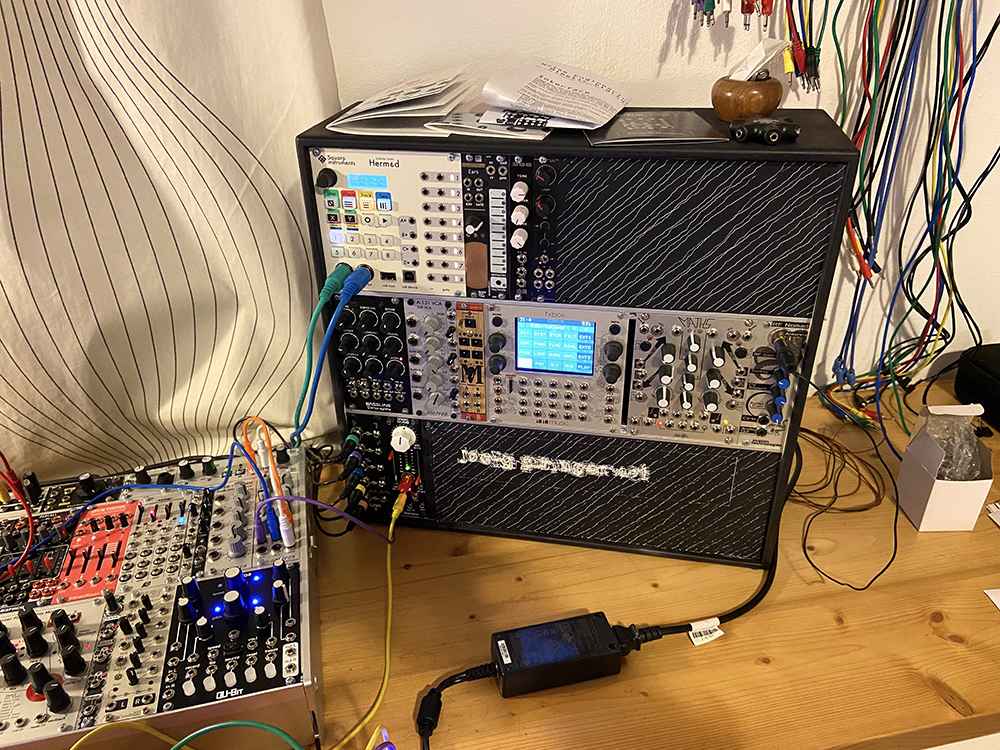 As i use only voice as the source material it consists mainly of samplers, granular synthesis modules, some effects (delays, reverbs), filters, distortion and loads of modulation sources.

Unfortunately i don’t remember. most of it is improvised and impossible for me to recreate. But i usually start with a sound from a sampler or granular module and then extend it, introduce modulations, repatch it, etc…
As soon as that setup process is finished, I record a performance with multiple tracks and then mix it.
For the next piece i unpatch everything and start from scratch again.

I like the complexity and unpredictability and at the same time possibility to control everything with my hands. It feels like i am in control and totally lost at the same time.

To be honest i don’t know. I am always researching new modules but i have no ultimate goal. I guess my system will be in constant change and always evolving. 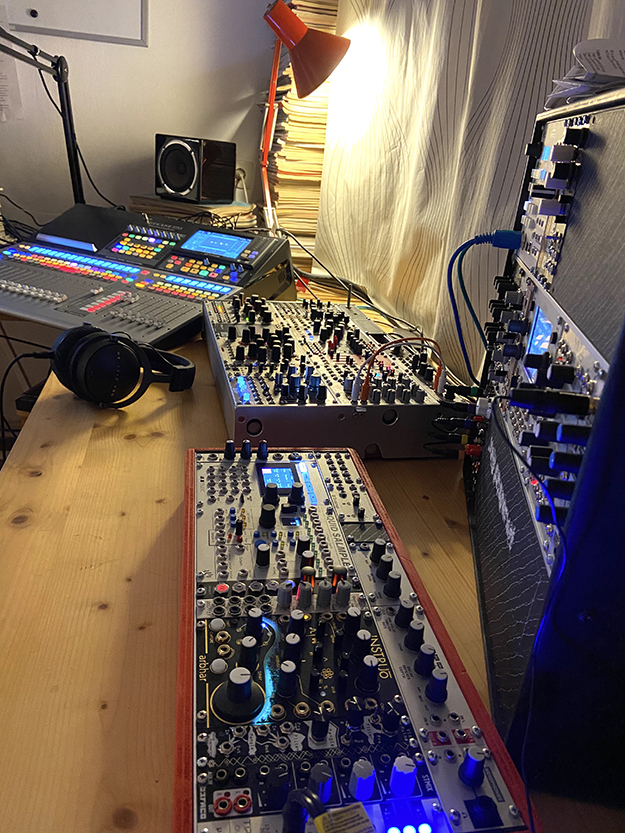 Actually not that much.
Of course i am listening to artists like Morton Subotnick, Finlay Shakespeare, Caterina Barbieri, Éliane Radigue, Suzanne Ciani to only name a few, but i am not that much influenced by them. I simply enjoy listening to their music.
I felt more influenced by artist like Joan La Barbara, Trevor Wishart, Henri Chopin, John Oswald, Laurie Anderson.
Not sure if any of them used modular synthesis.

Start with a small system !
If you know how to solder (or want to learn it) get some DIY modules. Some of them are really excellent and way cheaper than finished ones.
Don’t be afraid to make your own decisions. No need to take the classic East or West Coast approach.
There’s so much more to explore. 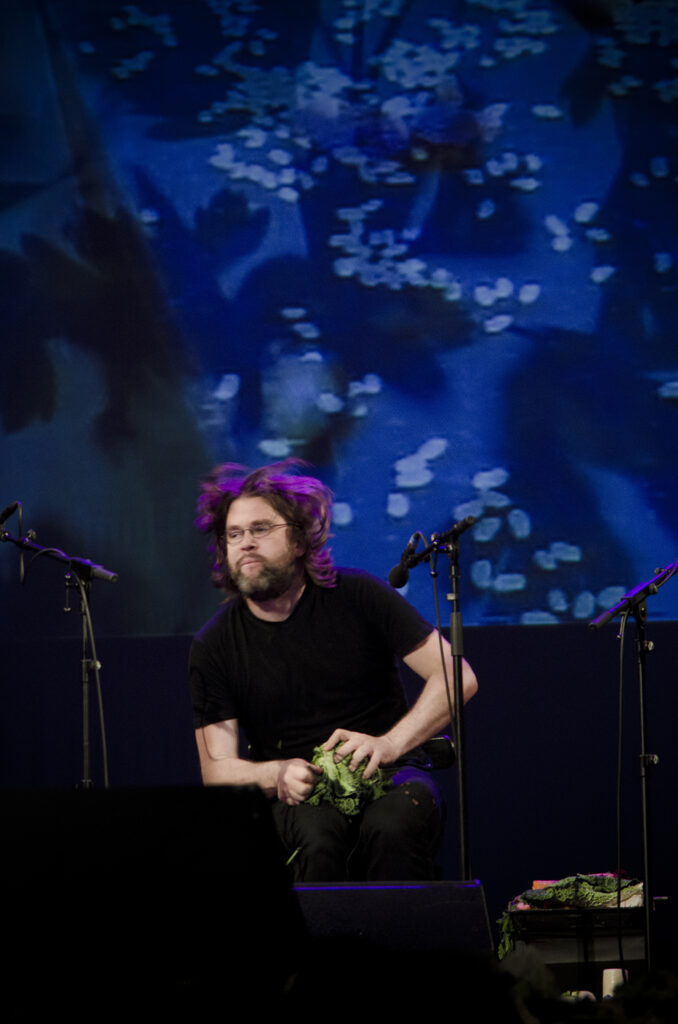